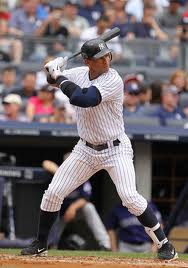 Recently, there have been several news stories regarding Yankees’ superstar Alex Rodriguez and his contract. For those unfamiliar with the situation, Rodriguez, who has admitted using performance-enhancing drugs during his tenure with his former team, has been linked to a Florida company that allegedly supplied additional performance-enhancing substances in recent years. Rodriguez has denied these allegations.

The situation has raised many issues regarding Rodriguez’s contract with the Yankees. After the 2007 regular season, Rodriguez used a clause in his contract to opt out of his existing contract. After becoming a free agent, he re-signed with the Yankees for ten years for a total of 275 million dollars, which runs through the 2017 season.

During the last few seasons, Rodriguez has seen his productivity and durability decline, which is part of the normal aging process for a professional athlete. However, frustrated fans are asking whether the recent accusations regarding performance-enhancing drugs may be used as grounds to void the contract and release Rodriguez without the Yankees having any further financial obligations. There are several legal issues which must be addressed to answer this question fairly.

The first question is whether the contract itself has any terms which may cause it to be voided if Rodriguez is found to be using performance-enhancing drugs (“PED’s”). Unfortunately, the exact details of Rodriguez’s contract are not available to the public. We may assume, however, that because Rodriguez had previously admitted using PED’s, his agent may have considered it unwise to include such a clause. Any employee with a written contract should have her attorney carefully review the agreement in order to ascertain whether there are clauses which may invalidate the contract. Many such contracts may contain a clause allowing for drug testing, and for termination of the contract if the employee fails certain mandated tests.

In addition, Rodriguez’s contract is also governed by the collective bargaining agreement between the Major League Baseball Player’s Union and Major League Baseball . In essence, Rodriguez is a member of a union and is entitled to union protection under the terms of the agreement. The current penalty for the use of performance-enhancing drugs is a fifty (50) game suspension. While the suspension is without pay, there is no clause allowing for an entire contract to be voided. Therefore, the Major League Baseball Player’s Union would most likely file a grievance over any attempts to void Rodriguez’s contract (or any other player in a similar situation).

It should be noted that most private employees in New York State do not have written contracts, nor are they members of a union. In these situations, New York State assumes the employment to be “at will.” What this means is that either party (employee or employer) may terminate the employment at any time, for any reason, with certain exceptions. For example, an employee cannot be fired for racial or religious discriminatory reasons. The general rule in New York is that an “at will” employee (one without a written contract or union protection) may be “let go” at any time.

Another argument the Yankees may attempt to make is that Rodriguez intentionally deceived them by claiming he stopped using PED’s before signing his new contract. The legal term for this would be “fraud in the inducement.” In other words, it could be alleged that the Yankees may have been induced into entering into the contract by an intentional misrepresentation made by Rodriguez or his agent. At this point, we, as members of the general public, do not have enough information to determine whether such a claim may have merit. In general, a fraudulent misrepresentation, without which a contact would not have been entered into, may be grounds to terminate an existing contract. For example, if an individual fraudulently claimed to be a doctor, and then entered into a contract to provide medical services, that contract may be voided based upon said fraudulent misrepresentation.

Our firm is available to consult with all parties regarding their employment disputes, including those where a written contract is involved. We also have experience relating to preparing and enforcing contracts relating to work for professional sports teams. As for the final fate of Alex Rodriguez, we advise our clients to continue to follow our blog for legal analysis of any future developments.