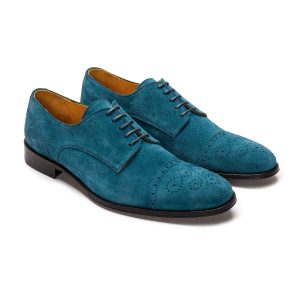 We were “all shook up” to hear the surprising news of the untimely death of Lisa Marie Presley, the daughter of Elvis Presley.  Ms. Presley passed away in California.  She may have had a Will that directed the disposition of her assets.  This post will address the legal result if Ms. Presley had died in New York without a Will, legally defined as intestacy.

Ms. Presley could not “help falling in love.”  She was engaged five times and married four times.  All of her marriages ended in divorce.  Her former spouses would not inherit under the New York intestacy statute.  Since Ms. Presley was survived by her children, her Mother Priscilla Presley, who also survived her, would not inherit any of her assets.

The intestacy statute would provide that Ms. Presley’s surviving children would inherit her entire estate.  Tragically, Ms. Presley’s son predeceased her.  If her son left a surviving child, such grandchild would inherit the son’s share.  If there was no surviving grandchild, then the son’s share lapses and is to be shared with his surviving siblings.  It should be noted that two of Ms. Presley’s daughters were only fourteen years of age at her death.  As a result, a Guardian is likely to be appointed by the applicable Court to manage the inherited assets on behalf of the underage children who cannot inherit outright.  Guardianships typically last until the child is 18 or 21 years of age, depending upon the circumstances.

What will happen to the “blue suede shoes” and other assets of the estate?  The disposition would be handled in a similar fashion as Prince’s “Little Red Corvette” and Martin Luther King Jr.’s personal property   The iconic Graceland estate in Tennessee was still owned by Ms. Presley at her death and would be managed by means of an ancillary proceeding.  Although Ms. Presley’s estate will be primarily adjudicated in her home state of California, another state where she held property, such as Tennessee, would conduct an ancillary proceeding with respect to property located outside of Ms. Presley’s primary residence.  Apparently, Ms. Presley sold the rights to Elvis’ brand and image years before her death, so such assets may remain as cash or investments in her estate.

We recommend that our readers take our advice: “it’s now or never” with respect to consulting with experienced attorneys in order to draft legally valid estate documents so that one’s wishes are outlined and followed post-death, especially if particular assets are unusual.