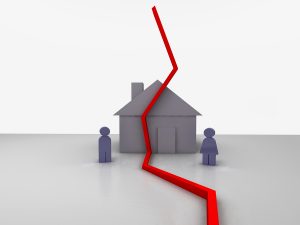 Our firm is frequently engaged to handle disputes over property ownership.  In many cases, a partition action is necessary.  This post will explain the essential components of such an action.  The first and most important element is that the dispute be over real property.  Although there can be disputes over personal property, such as possessions and vehicles, a partition action can only concern real property.  Including other types of property in a partition action should be avoided, as it is not covered by the statute in question, and leads to issues not readily resolvable in such an action.

The real property in question must be located in New York State, and also should be owned jointly by the parties.  There are several types of joint ownership in New York.  Married couples often own property as joint tenants with right of survivorship.  This means that if one of the joint owners passes away, their ownership interest immediately passes to the surviving spouse.  However, it is fairly uncommon for a spouse to bring a partition action against the other spouse.  The reason for this is that such disputes between spouses are almost always part of a divorce action, where other assets and liabilities are at issue.  Therefore, the resolution of the dispute is heard in the Matrimonial Part of the Supreme Court, rather than in a partition action.  The Matrimonial Part will usually resolve the dispute over the real property (as well as any other jointly owned property) as part of the divorce case.  In certain rare cases, the real property in dispute is not resolved in the divorce action, and then, a separate partition action may be necessary.

In these times, it is becoming more common for couples (whether single sex or heterosexual) to remain unmarried, but still purchase real property together.  As married couples may split, so may unmarried couples.  However, the legal ramifications of such a split may differ for unmarried couples.  Because they are not married, no divorce action can be brought in the Supreme Court Matrimonial Part to resolve all property issues.  Therefore, a partition action would be necessary to resolve the issues regarding real property jointly owned by the couple.  Such an action would be brought by one of the owners, in order to have the property sold by the Court, if the parties cannot agree between themselves how to dispose of the real estate.

The Court’s role would be to determine the parties’ relative contributions to the property, both at the time of the acquisition and costs in maintaining the property after purchase.  It would then order that the property be sold under the Court’s supervision, and the proceeds divided equitably between the parties.  The equitable division of the proceeds would vary on a case-by-case basis and take into account who paid for the property, and who has paid to maintain the property by paying such items as property taxes, utilities, and other maintenance costs.

As more couples purchase real property without the legal benefits of marriage, partition actions will doubtless become more frequent.  We recommend that all parties in such a contentious situation consult experienced counsel to discuss the best way to resolve property ownership disputes.