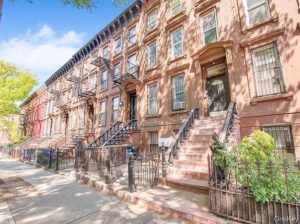 A recent story in the New York Post discusses a lawsuit brought by the City of New York against a prominent couple who are the owners and landlords of a brownstone located in the Crown Heights neighborhood of Brooklyn.  According to the allegations in the lawsuit, the couple sought to evict their tenants without any legal process.  In more detail, they are accused of, among other actions, using force and threatening to use force to induce occupants to vacate, removing occupants’ possessions from the Premises, and changing entrance door locks to the Premises without supplying replacement keys to the occupants.

The lawsuit seeks civil penalties for violations of the New York City Unlawful Eviction Law, as well as a permanent injunction prohibiting the owners from engaging in any further attempt at unlawful eviction of tenants and occupants, or any further tenant harassment.

Our firm has consulted with many landlords over the years regarding potential evictions of tenants.  One course of action that we would never advise a landlord to do is to attempt to evict the tenant themselves, without the benefit of the legal process.  While there are obviously many problem tenants, all tenants in New York State are protected by laws relating to evictions.  Any eviction must start by serving the tenants with the initial notices (known as predicate notices) which advise the tenants that an eviction action may be brought in the future, either because the lease has expired, or because the tenant has failed to pay rent due.

After the initial notice, if the tenant has failed to cure, then a Notice of Petition and Petition must be filed in the appropriate legal forum, usually the local court where the property is located.  For example, if the property is located in White Plains, an eviction action can be commenced in White Plains City Court.  Once the action is brought and heard by the Court, if successful, the Court will issue a Judgment and Warrant of Eviction.  This is a document giving the landlord the legal right to evict the tenant.  However, even at this point, the landlord should not use “self help”, by attempting to evict the tenant themselves.  Evictions in New York City should be performed by licensed New York City Marshals.  Outside of New York City, County Sheriffs may handle evictions.  Experienced legal counsel will coordinate with the Marshal or Sheriff, allowing them to physically evict the tenant, assuming all notices have been served and all legal documents are in order.

Adding to the eviction issue currently is the COVID-19 pandemic.  Even if everything is legally in order, there are now in place additional restrictions on evicting tenants who may have been affected by the pandemic.  Legal counsel must submit documentation to the appropriate Court that this is not the case, which may result in additional legal proceedings before the tenants may be evicted.

The owners in Brooklyn did not avail themselves of any of the proper legal proceedings available to them in order to evict their tenants.  As a result, they are now being sued for illegal eviction by the City of New York.  It is also possible for tenants themselves to sue their landlord if they have been the victims of an illegal eviction.  We advise all landlords and tenants to consult with counsel when dealing with any eviction issues during these trying times.