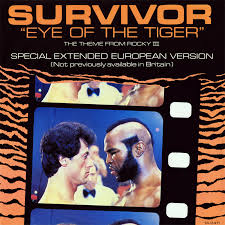 The political season is well under way. Given that our country’s next presidential election is about 14 months away, we see more and more politicians gearing up for a run for our nation’s highest office. Another well-worn aspect of such political events is the use of a popular song by the politician during a rally.

Going hand-in-hand with such use of a song is the usual objection by the songwriter when the politician using the song has political views objectionable to the writer. Some recent examples are Donald Trump’s use of R.E.M.’s song “It’s the End of the World as We Know It (And I Feel Fine),” and Rowan County, Kentucky Clerk Kim Davis‘ use of the song “Eye of the Tiger” by Survivor when rallying against the issuance of marriage certificates to same sex couples.

In each case, the musician has objected to the use of their song during these political rallies. This blog post will explain the legal underpinnings of such objections. Who has the legal right to prevent a song from being used, and under what circumstances? The answer lies in the U.S. copyright law.

Under our county’s copyright law, any creative work which can be expressed in a tangible means may be legally protected by the creator of the work. In plain English, this usually includes, but is not limited to, works of visual arts, such as drawings, paintings, and photographs, literary works such as essays, books, and poems, and musical works, such as songs.

Subject to certain legal exceptions, the author of a work such as a song is the person permitted to register the work with the U.S. copyright office. A song can be submitted to the copyright office in written (sheet music) form and also through a digital audio file using current technology. Once the work is accepted for registration, the copyright owner is entitled to certain legal rights regarding the use of the work.

Among these rights is the right to perform the musical work publicly, and, in addition, the right to prevent others from doing so. Public performance is broadly defined, so that even playing a song at a bar or other public place may be considered a public performance and may subject an infringing user to possible royalty fees. In general, the consent of the copyright holder or their legal agent is required to perform a copyrighted work publicly. Such consent is usually routinely given, but when the political views of the songwriter and politician clash, it may be withheld.

Certain organizations police the uses of copyrighted song material and collect royalty fees on behalf of their members, who are the copyright holders. They have investigators to check on possible unauthorized use of copyrighted material. In the case of political rallies, the songwriters themselves may publicly state that they do not want their copyrighted song being performed at certain politician’s rallies. However, the only legal way to enforce such a ban would be a lawsuit for copyright infringement. Such a lawsuit would most likely request, among other relief, a legal injunction forbidding public performance of the copyrighted material at certain politician’s rallies. Of course, a savvy politician would probably agree to “cease and desist” from such unauthorized use prior to a lawsuit being filed and adjudicated.

Our firm helps protect the rights of copyright holders, and welcomes all inquiries in this area.