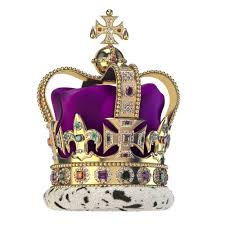 Long-time royal watchers were dismayed to hear the news of the death of Great Britain’s Queen Elizabeth II.  This author and others admired Her Majesty’s service to her country and her longevity.  While we obviously do not have royalty in the United States, many of us consider our ancestors to be royals on a personal level.  This post will address the unexpected parallels between the distribution of the Queen’s assets and property interests that may be held by our non-royal clients.

Queen Elizabeth II enjoyed the ownership and use of multiple castles.  Even though most Americans do not own castles, we still use the expression “a man’s home is his castle.”  This begs the question, who will receive one’s castle after a relative’s death?  If the property is held as joint tenants with right of survivorship, the last owner to survive will own the entire property automatically by “operation of law.”  This result is not unlike the likely result that The Queen’s castles are now automatically owned by her son who is now known as King Charles III.  Further, if the owners before death were husband and wife, the property is considered to be owned as tenants by the entirety, automatically leaving the property to the surviving spouse.

If the “castle” is not owned by marital spouses or as joint tenants with right of survivorship, then ownership will be determined by whether the deceased person had an experienced attorney draft a Will.  If there is no Will, then the laws of intestacy and an estate administration proceeding will be necessary.  Intestacy is similar to the rules of succession and inheritance by royals, in that the person(s) in the particular decree of relationship stand to inherit the subject property.

As noted for The Queen, castles owned by a deceased person may be located in various countries and states.  There are estate proceedings that manage this situation.

What will happen with the crown jewels?  This has been explained in a prior post.  Our attorneys also suggest that personal property such as jewelry, artwork and furniture (similar to The Queen’s holdings) be given during lifetime to those who admire it or mentioned in a Will, so that the persons most appreciative of the items receive them.  In the royal family, it would be presumed that King Charles III would receive most items, unless they are already contained in another castle, such as that owned and occupied by the Prince and Princess of Wales.

The royal family calls itself “the firm.”  This indicates that it considers itself to be a business.  The determination of those persons in charge after the death of The Queen is made by the rules of succession, similar to a well-drafted business plan for ordinary people who may own their own business.

While most people of us do not have the riches on the scale of those owned by The Queen, we consider all assets carefully and are available to draft appropriate estate documents that personally address the needs of our clients.