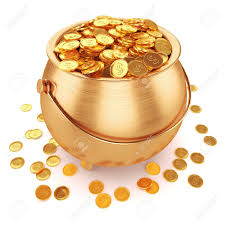 Our readers may be aware of the business activities recently announced by the Executor of the Estate of deceased pop icon Whitney Houston.  After having rejected prior business opportunities, the Executor has decided to enter an arrangement with a music and marketing company to have a touring hologram of Ms. Houston’s image, a possible Broadway musical, branding deals, and issue an album of unreleased music tracks.  This activity gives rise to the question; “[h]ow will I know” if promoting business activity is legally proper for an executor in New York?  We suggest that you “don’t trust your feelings” and that you consult an experienced attorney who “know[s] about these things”.

By way of background, if a person dies with a Will, the Surrogate’s Court appoints the executor named in the Will.  The deceased, in “racing with destiny” has “laid the plans” and named her chosen executor in the Will.  The executor’s role is to collect and preserve assets, determine and pay just debts and distribute funds remaining after these activities to the beneficiaries named in the Will.  When drafting a Will , your attorney will include a “powers clause” for the executor.  It could be an extensive list of activities that the executor may conduct, such as making investments, selling property, borrowing money, employing professionals such as accountants and attorneys , making tax elections and the like.  In the alternative, the powers clause may instead be general in nature, such as the full power and authority in all matters as if the deceased is still living.  Of course, the executor is forbidden from self-dealing and transferring assets for the benefit of anyone besides estate beneficiaries.

The activities of Whitney Houston’s executor could be evaluated in multiple ways.  As reported in the news story, she is pursuing new business opportunities rather than winding down the estate, distributing the assets to the beneficiaries and closing the estate.  On the other hand, it may be considered wrong in the Houston estate matter if an executor declines business opportunities that could be lucrative for the beneficiaries and enlarge estate assets.  Certainly, the Houston Estate matter provides an executor unique opportunities to generate additional estate income.  However, most people are not famous.  It is unlikely that the typical executor can legitimately promote additional business activities for reasons besides increasing his own commission.  The executor does personally benefit by increasing potential executor commissions that can be collected, as such commissions are calculated based upon the value of the estate.  We would recommend that the executor confer with the beneficiaries to determine if they would rather have the estate maximize its future assets or if they would prefer to have the estate distribute and close without delay.  Although such a discussion is not legally required, it could prevent the beneficiaries from making a claim against the executor for delay in closing the estate if they all agree that such business activity be conducted.

Executors should “try to phone” and not be “too shy” when it comes to requesting legal advice as to whether their proposed activities are proper under New York law.