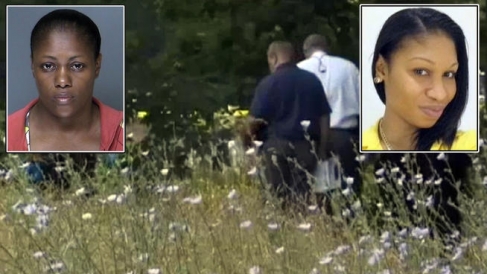 Recently in the news is the rather gruesome story of a woman who was murdered and dismembered. Her body parts were discovered in Nassau and Suffolk Counties. Her neighbor was arrested for her murder and is being held without bail. According to the news story, the root of the conflict between the two women appears to have been a landlord-tenant dispute.

The accused murderer, Leah Cuevas, was pretending to be the landlord of the building in which the two women lived, after the actual owner passed away. Ms. Cuevas then attempted to collect the rent from the building’s tenants, and when fellow tenant Chinelle LaToya Thompson Browne refused to pay, she was allegedly murdered by Ms. Cuevas. Of course, most landlord-tenant conflicts do not end in this manner. This blog post will attempt to discuss the legal issues involved, although, as our firm does not generally practice criminal law, we will leave the more graphic issues to the criminal courts.

Often, a situation can arise where a person claims to be the owner and/or landlord of a house or apartment building and demands rent from the tenants. This can happen where the original landlord passes away without a will, or where the building is being foreclosed by a lender. There may be occurrences where a landlord cannot meet the carrying charges on a building, such as the mortgage and utilities, and simply “walks away” from their ownership. If the ownership is in a corporate name, the landlord may not be personally liable for the building’s debts, and does not dispute any foreclosure proceeding that may occur.

During a foreclosure proceeding, a bank may seek to have a receiver appointed to collect building rents as well as pay the building’s expenses out of the rent proceeds. This issue was discussed in a prior blog post. A receiver is a court-appointed individual, usually an attorney, who steps into the shoes of the landlord and is then responsible for collecting rents, paying expenses, and then submitting a detailed financial report regarding the building’s finances at the conclusion of the foreclosure case.

Tenants may receive a legal notice from the receiver demanding that rent be paid to the receiver, and not to the landlord. Our firm will review any such notices and research whether the receiver was duly appointed by the Court to collect rents. We have also encountered situations where an individual or company has claimed to have bought the property in question, without producing any proof of their purchase. Tenants are then told to pay their rent to a new company, even though they have leases with the original landlord.

In such cases, we will perform a last owner search to determine the actual owner of the property in question. In any landlord-tenant proceeding in Housing Court, the landlord must allege and prove their legal ownership of the premises. If they cannot do so, the case will be dismissed.

There may be situations where there is an ongoing legal dispute over the property’s ownership, or a foreclosure action in which the foreclosing lender does not seek to have a receiver appointed for the property in question. In those situations, we often advise our clients to pay their monthly rent in escrow to our firm. These funds are then held in a segregated attorney trust account. Upon resolution of the ownership dispute, the funds can then be disbursed to the proper party as determined by the Court.

Our firm always seeks to negotiate all landlord-tenant disputes to achieve an amicable resolution for all parties, and avoid the situation discussed in the beginning of this post.