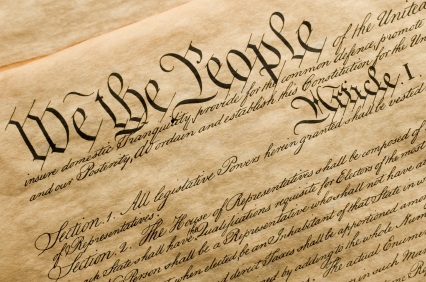 Our firm is often asked to enter judgments on behalf of creditors. A judgment can be obtained in several ways. If a lawsuit is brought, and the defendant does not respond, a default judgment may be obtained. A case may also go to trial, and, if successful, a judgment may result. In addition, other situation can arise where a client obtains a judgment in another state, other than New York. These are known as “foreign” judgments, even though they are still obtained within the United States.

Article IV, Section 1 of the Constitution says that “[F]ull Faith and Credit shall be given in each State to the public Acts, Records, and judicial Proceedings of every other State.” This means that if a lawsuit is brought in another state, goes to trial, and a judgment is obtained, then every state in the U.S. must consider that judgment valid, and allow it to be entered in their own state. The main reason that one would want a foreign judgment entered in New York is because the debtor has assets within New York. Collecting such a judgment will be addressed in the second part of this blog post.

Collection of a judgment is not always a simple matter. New York State Courts do not have a legal mechanism whereby a judgment creditor can convert an entered judgment into cash. In order to collect, an experienced collection attorney is usually engaged. The first goal in collecting a judgment is to locate the assets of the debtor. Assets can be real property, bank accounts, vehicles, or anything else of value owned by the debtor. Once assets have been located, an execution can be issued to the marshal or sheriff of the county in which the property is located. If the assets are located within New York State, it is necessary to have a valid judgment entered in New York State to execute on the assets. This is the main reason why foreign judgments are entered in New York, or any other state in which the debtor may own property.

Weiss & Weiss welcomes all inquiries relating to the entry of foreign judgments and their collection in New York State.