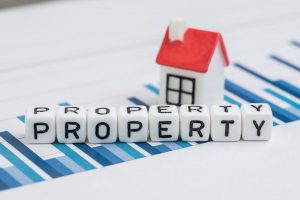 Our firm handles many partition actions.  A partition action is brought when two or more people jointly own real property (or shares in a cooperative), and one or more of the owners no longer wishes to co-own the property.  In New York State, there is generally an absolute right to a partition in such situations.  This means that when a case is brought, the Court will, assuming the basic legal requirements are met, order that the property be sold and the proceeds equitably divided between the co-owners.

However, as is often the case in the law, there are always exceptions to the general rule.  This post will discuss some of the exceptions, and how they may affect a partition action.  The most common exception is when there is a prior written agreement between the co-owners regarding the ownership of the property.  Under New York law, the agreement must be in writing, and cannot be an oral agreement.

What type of agreement is contemplated by this exception?  The first type of agreement would be a contract between the parties to sell their interest to a third party, or for one co-owner to sell his interest to the other.  If such a contract exists, and is still legally valid, it would prevent the Court from allowing the property to be sold through the Court-ordered partition process, as the terms of the contract would control the disposition of the property.

Our attorneys also encounter situations in which a property may be owned by a Trust.  The Trust may have several beneficiaries, who are unable to agree on whether a property should be sold, and at what price.  In such situations, Trust counsel should review all applicable Trust documents to determine how the dispute may be handled.  Again, it is possible that litigation to determine the disposition of Trust property be commenced in order to properly dispose of property owned by the Trust.  Such litigation would be in place of a partition action, due to the property being Trust-owned, rather than owned by individuals.

It is important for any parties who may be looking to commence a partition action regarding co-owned property examine if an entity owns the property, and allow counsel access to any written agreements, corporate governing documents, or Trust documents, as applicable, to determine how to resolve contested ownership disputes.