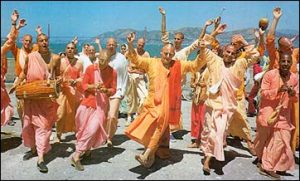 A recently reported case in New York State Supreme Court (Nassau County) addresses issues covered in prior blog posts as they relate to the New York Religious Corporation Law.  Kelley v. Garuda (Index No. 7016/2004) is a case involving a dispute regarding the International Society for Kirshna Consciousness and a temple located in Freeport, New York.

The International Society for Krishna Consciousness is known by the acronym “ISKCON”.  In this case, the Krishna temple had been “taken over” by certain individuals who were espousing a religious doctrine contrary to that being promulgated by ISKCON.  They were running the Temple and were not being answerable to ISKCON, who claimed the authority to own and run the temple in question.

This dispute left the Court with a tricky legal situation.  The First Amendment to the United States Constitution states, in pertinent part, that Congress shall “make no law respecting an establishment of religion, or prohibiting the free exercise thereof.”  This puts Courts in a difficult position when a dispute arises within a religious institution.  As in the ISKCON case, our firm has handled many cases in which there may be conflicts between different factions in a religious institution.  These cases may involve any religion.  The question then arises whether a Court can get involved in deciding such disputes without running afoul of the First Amendment.

The way in which most Courts handle these disputes is that they do not get involved in questions of religious doctrine.  Therefore, they will not rule on whether one group’s religious doctrine is superior to another’s.  Such a ruling would be contrary to the First Amendment.  What a Court will do, and what was done in the ISKCON case, is to look to the governing rules of the religious organization in question.  Assuming the institution is run by a hierarchical governing organization, a Court may look to the rules and regulations of that organization to ensure that the rules are being followed.  In the ISKCON matter, the Court looked to ISKCON’s internal rules, as well as the Last Will and Testament of its founder.  After such examination, the Court found that the “renegade” group was not following the rules and regulations of ISKCON, and, therefore, had no right to run the Temple in question.  The Court then issued an order that the group be removed from the Temple’s premises.

Our firm handles cases involving disputes within religious institutions, and welcomes all inquiries in this area.