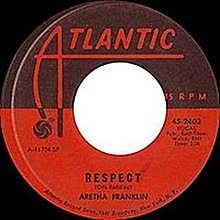 In Michigan, where Ms. Franklin had her primary residence, the assets of an unmarried person are left in equal shares to her children.  New York would have a similar disposition.  Devil’s advocates might say that if the legal result of having no will is the same as having a will, that the children will inherit the assets, what is the benefit of having a will?  First, if one has a will, the fiduciary of the estate (Executor) can be selected by the decedent, rather than the default person being selected according to statute.  For instance, musicians such as Prince and Aretha Franklin leave vast music catalogs deserving of post-death management by an expert who has knowledge of how to handle such specialized assets.  Second, a person making a will may have a preference for how the assets will be distributed, instead of the statutory default of all children sharing equally.  If Ms. Franklin had devoted greater consideration to this issue, she may have found it appropriate for the “red roses” in the garden in “Spanish Harlem” to be transferred to the child who would most appreciate and care for this asset.  Further, family infighting over her “pink Cadillac” could have been avoided, so that the ride “on the freeway of love” could take place without delay.

Apparently, Ms. Franklin valued privacy and nondisclosure of her assets during her lifetime.  The best way for her to have avoided the additional public disclosure that takes places when one dies without a will would be to have made a revocable trust.  That way, assets titled in the name of the trust would be transferred automatically after death as directed in the trust, with no public disclosure and without Court intervention and the delays that it may entail.

Although Ms. Franklin often described the men in her broken relationships as a “chain of fools,” she may have had a special friend or boyfriend late in life who “made her feel like a natural woman” and who would have been deserving of a bequest.  If she had consulted a qualified attorney  and made a will, such a special friend could have received a bequest, so that he would not be “down and out” when he’s “on the street.”

Our attorneys  consult with their clients and draft the necessary documents for those readers who wish to “give all of [their] money” to someone who has “r-e-s-p-e-c-t-e-d” them in return.  In addition, we  handle estate administrations whether probate, administration or trust administration, so that you will “never will part” from the one “forever… in [your] heart”.