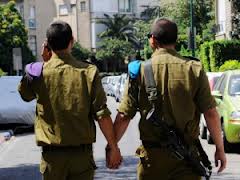 The fiftieth anniversary of the March on Washington was recently acknowledged, celebrating the great civil rights battle for equality for our African-American citizens. More recently, same-sex couples have also been engaged in their own battle for equal treatment in issues such as the right to marry, taxation, health and pension benefits, and similar property and economic matters.

In June, 2013, the United States Supreme Court struck down the Defense of Marriage Act of 1996 (“DOMA”). DOMA specified that “…the word “marriage” means only a legal union between one man and one woman…and the word “spouse” refers only to a person of the opposite sex who is a husband or a wife”. The case at issue involved a lesbian couple who were married in Canada. One of the parties died and left her estate to her partner. The surviving widow filed the federal estate tax return that was due. Because the federal government did not consider the couple married for estate tax purposes, the estate was not qualified to apply the marital deduction available to heterosexual married couples, increasing the estate tax bill by several hundred thousand dollars. The Supreme Court ruled that it is a violation of equal protection principles and an infringement on state sovereignty for the federal government to maintain such a position. In Windsor, the Court determined that same-sex married couples are to be treated as married heterosexual couples and ordered the refund of the excessive tax payment.

In late August, 2013, the Internal Revenue Service issued a subsequent ruling that legally married same-sex couples will be recognized as married, even if the state in which they live does not recognize same-sex marriages. Our readers should know that two legal standards are at play. The “place of celebration” standard mandates that a couple will receive benefits as long as they are legally married, regardless of whether the state in which they now live recognizes the union. The “place of residence” standard mandates that if the state in which the couple lives does not recognize their union, then the couple will not receive benefits.

Thirty-seven states do not recognize same-sex marriages. The New York State Legislature amended its Domestic Relations Law in 2011 to permit same-sex marriages. It behooves same-sex couples to confirm and establish their legal rights. We suggest that couples consult a qualified attorney to prepare a Will, Living Will and Health Care Proxy. Inquiries should be made with life insurance companies as to beneficiary designations on life insurance and annuity policies. Corporate benefits coordinators should be contacted to determine proper beneficiary designations on pension plans and that the partner is listed as an insured on health insurance policies. Property titles should also be considered. For instance, in New York State if real property is held as tenants by the entirety (a designation allowed only for married parties), then property will be inherited by the surviving owner by operation of law, making an estate administration proceeding unnecessary. Our firm does not have a crystal ball as to when or if all fifty states and the federal government will recognize same-sex unions in the same fashion. However, consulting with an attorney and confirming that all of the proper documents and designations are in place is the most prudent thing for any couple to do. In particular, same-sex couples who may move to other locations need to evaluate their legal designations.