Why do we have annual meetings? Such meetings are necessary to elect directors at regular intervals, so that the same people do not maintain their posts indefinitely contrary to the will of shareholders. An Offering Plan would have been filed by the sponsor of the cooperative with the New York State Attorney General Real Estate Finance Bureau when the building was converted to cooperative ownership. One of the documents contained in such Offering Plan is the By-Laws. As in any corporation, the By-Laws provide the roadmap for the governance of the corporation. It is common for By-Laws to provide that annual meetings for the election of directors are to be held in a particular month of a year. The cooperative need not hold its meetings in the specific month stated in the By-Laws (who wants to meet in January during a blizzard), 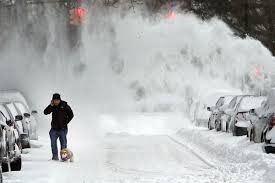 it merely needs to hold its meetings at regular intervals each year. The By-Laws specify that the notice of annual meeting is to state that the business to be conducted is to elect directors and to conduct other business specifically identified in the notice, should state the time, date and place of the meeting, and who needs to sign the meeting notice. Our attorneys also pay careful attention to each client’s By-Laws provision regarding the number of days required for the advance notice of the meeting. Usually cooperative By-Laws require that written notice of the annual meeting be delivered at least “x” days but no more than “y” days in advance of the meeting. The By-Laws will also indicate how many directors are to be elected and if there are particular disqualifications (such as a director must also be a shareholder).

Once the meeting commences, the first step is to determine if there is a quorum, the proper number of shares represented for the decisions made at the meeting to be legally valid. The By-Laws identify how many shares constitute a quorum, perhaps a majority of shares issued or a majority of units are represented. Usually, shares can be represented by attending in person or by proxy (the delivery of a signed document instructing how one’s shares are to be voted or who may vote one’s shares on her behalf). It should be noted that certain legal acts or acts as identified by the certificate of incorporation may have a more stringent definition of quorum than the standard director election. As it is inconvenient to adjourn the meeting due to failure of quorum requirements, we encourage our clients to collect as many proxies as possible in case a shareholder cannot attend.

After it is determined that a quorum exists, discussion of the matters on the agenda and voting may take place. The By-Laws will identify how many votes are required for particular matters: a simple majority of shares issued may be required for the board election, while another portion of the By-Laws may require two-thirds (66 2/3%) to pass an amendment to the sublet policy. Voting may be by voice or written ballot, as some By-Laws may require. Our attorneys pay particular attention to the voting requirements for each issue. After a matter is discussed, someone in attendance may move to elect the entire slate of candidates, which motion may be “seconded” and then the vote is taken. This process will continue until all matters on the agenda are discussed and votes are taken, until someone makes a motion to adjourn the meeting, which motion will be seconded.

Cooperative By-Laws contain provisions to handle potential contested elections. One or more inspectors of election can be appointed at or prior to the meeting to insure the integrity of the process. Prior to acting, an Oath is typically signed confirming impartiality and the faithful discharge of duties. Particular persons, such as those running to serve as director, may not serve as inspector of election. When we have conducted elections pursuant to this procedure, all ballots are written and deposited in a sealed “redwell” file to be tabulated at a secure location.

By-Laws contain the order of business to be conducted at the shareholders meeting. In some cases, the current President runs the meeting or the cooperative may decide to have the cooperative’s attorney run the meeting. It is to be demonstrated that the meeting was duly called (often by the presentation of an affidavit of delivery of the annual meeting notice), tabulation of persons present by person or proxy, analysis of proxies to confirm that there are no duplicates and that they are duly signed and timely delivered, reading of minutes of the prior meeting (or waiver thereof), reports of officers, committees or professionals (such as a report from the attorney as to pending legal matters or report from the accountant explaining the financial statement that was recently distributed). While many technological advances have been made since the effectiveness date of many Offering Plans, careful interpretation of By-Laws provisions must be made to determine whether an emailed or faxed proxy is acceptable.

Once the board of directors is duly elected according to the procedures identified in the By-Laws, all shareholders will have confidence in the legitimacy of the process, the integrity of the results, and the actions to be taken on behalf of all shareholders. The election of directors permits for the business of the cooperative to begin. Stay tuned for our next blog post as to how to conduct board meetings and elect officers. In the meantime, we remain available to consult with prospective clients as to the conduct of annual meetings.