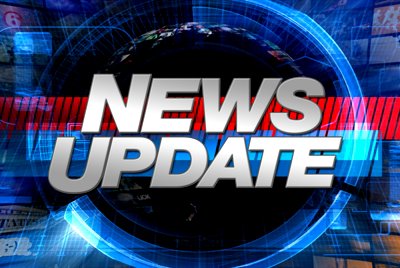 From time to time, our attorneys become aware of updates relating to matters that we have discussed in our blog posts. This week, we have three such cases in which there have been new developments.

The Huguette Clark estate litigation has been the subject of a previous blog post . Our readers may be aware that the case was in the process of jury selection for a trial to be held. As is common, pre-trial procedures (and perhaps the Judge’s attitude that was displayed throughout the process) led the parties to believe that it may be more fruitful to settle the matter. Some of the details of the settlement were reported this week in the New York Times . The settlement distributed the estate as a “hybrid” of the two disputed wills. According to the settlement, distant relatives will receive a large portion of the estate (consistent with the first will) while various arts charities and a foundation will receive another large portion (consistent with the second will). The bequest to the caretaking nurse was nullified and she was ordered to return gifts received during Ms. Clark’s lifetime to the Estate. The attorney and accountant who were to benefit from the second will also had their bequests nullified. The arts charities will undoubtedly share the artwork with the general public, so that the settlement benefits the public interest. The lesson to be learned from the Clark Estate case is that those who inappropriately influence the elderly will not ultimately benefit from their acts.

Prior blog posts have discussed a federal lawsuit against Westchester County regarding grants from the U.S. Department of Housing and Urban Development (HUD). The lawsuit claimed that Westchester’s local zoning laws acted in a discriminatory manner towards those seeking to provide low-income housing.

A recent decision by the United States Court of Appeals for the Second Circuit , the Federal Appeals Court, whose jurisdiction covers Westchester County, allowed HUD to reallocate $7.4 million in grants to other communities in the New York metropolitan area. Westchester had been ordered by a lower court to submit an analysis of the impact of its local zonings laws on fair housing. After it did not do so, the Second Circuit terminated a restraining order that did not allow it to reallocate the funds. The funds will now be used in other communities.

A previous post discussed the arbitration process in general and its relation to Yankees superstar Alex Rodriguez (“A-Rod”). As expected, A-Rod has appealed his unprecedented 211 game suspension to a neutral arbitrator, as is his right under Major League Baseball’s collective bargaining agreement. According to sources, A-Rod has assembled an “all-star” team of legal talent to represent him at the hearing, which is expected to commence after the end of the regular season. However, the decision from the arbitrator may not be issued until several months after the hearing.

Our firm regularly monitors news events that may be of interest to our clients and will continue to provide updates as warranted.