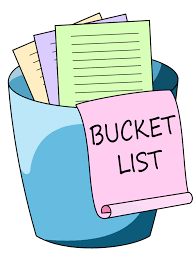 So long as one is alive and mentally capable, one is in control of her own financial and legal affairs.  Once a person passes away, a fiduciary needs to be appointed by the Surrogate’s Court  to determine and pay estate debts , collect and distribute assets, file relevant tax returns and pay taxes, vacate a rental property used by the deceased or sell a property owned by the deceased.  Also, if the deceased left minor children surviving, a guardian needs to be appointed to care for the children on a daily basis.  This post will explore the types of fiduciaries that may be involved after a person’s death and how they are appointed.

If a person dies without a will (intestate), the Court will appoint an Administrator to serve.  The Administrator to be appointed will be the same person who will inherit according to the intestacy statute.  For instance, if the closest survivor is a sister, such person will inherit the deceased’s assets and serve as the estate administrator.  Guardians for minor children (under 18 years of age) will need to be appointed by the Court in the event that the person dies intestate.  Since a parent should not leave it to the Court to appoint a guardian for her children, it is prudent for such person to engage the services of a qualified professional to draft a will containing her wishes relative to fiduciaries.

We  have posted previously about the merits of having a will and/or trust.  In either case, fiduciaries are selected by the person making the will or trust.  Executors are formally nominated in wills.  They are charge of paying valid financial obligations and distributing assets that are collected.  The testator (person making the Will) can select the best person in her life for the position of executor.  Perhaps she is estranged from family and would prefer not to have the Court appoint the surviving relative according to statute in the case of intestacy.  Also, the testator may have a friend who is sophisticated with respect to financial matters and is best suited to act as executor.  Trustees of trusts take on similar roles as executors.  Of course, selecting a guardian to raise one’s children in the event of death is a highly personal and important choice to be exercised.

We  recommend that adequate substitutes be nominated in estate documents  because future events may result in the only nominated person being unable to serve.  Reasons for being unable to serve as fiduciary could include death, imprisonment, illness or unwillingness.  If a substitute is not named, the Court will appoint a substitute as in the case of administration.  Your attorney  should also mention that the testator should ask the nominated fiduciaries if they are willing to serve before signing the documents.  Perhaps someone would rather not take on the responsibility of being your executor.  There may be a lukewarm response to being asked to serve as guardian of one’s children.  In these cases, other fiduciaries should be selected.  In addition, New York State requires that executors and administrators be United States citizens, so a citizen of another country should not be selected.  Further, fiduciaries who are significantly older than the testator should not be selected because it could be more likely that they would be unable to serve.

We welcome the opportunity to advise our readers on the fiduciaries to be selected as well as related estate issues.