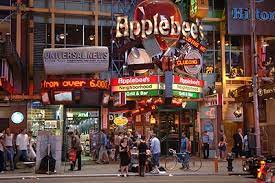 As the COVID-19 pandemic fades, some legal cases that were temporarily postponed by the Courts, such as commercial evictions , are resuming and going forward in litigation.  A recent case in the news involved the popular family restaurant Applebee’s, and its location in the heart of New York City, 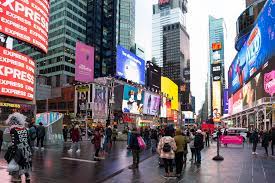 The case involved the non-payment of rent totaling over seven million dollars by Applebee’s during the pandemic.  The company argued that it had cash flow problems worsened by the pandemic, had to completely close its Times Square location in March, 2020, and could not reopen until June, 2021.

The attorneys for the landlord argued that there were no clauses in the commercial lease allowing Applebee’s to avoid making payments owed during the pandemic.  The Court ruled that Applebee’s had to pay the full amount of the back rent, and also ordered that it be evicted from the Times Square location.

We have anticipated the issues raised by the Applebee’s case in prior posts.  The specific terms of the Times Square Applebee’s lease would need to be considered by an experienced commercial leasing attorney.  For instance, did the lease require that business interruption insurance be carried by the tenant?  Should the insurer consider pandemics to be included in their coverage, the landlord in this case may have been paid at least a portion of the past due rent through such coverage.

It should also be considered whether the lease contained a force majeure clause.  Such a provision excuses a tenant’s performance if the tenant’s obligations cannot be met due to circumstances beyond its control such as a terrorist attack, war, famine, severe weather conditions and the like.  Did this lease contain a force majeure clause and did it include “pandemic” as a justification for the tenant to avoid its obligations?  It has been noted that Applebee’s in this case was physically connected to a Hilton hotel that had been a significant source of customers for the restaurant, but had permanently closed during the pandemic.  Did this lease contain a co-tenancy clause that required another tenant such as the hotel to operate as a condition of Applebee’s lease performance?

Applebee’s seems to have achieved the worst result possible from the Court, being evicted from the location and also being required to pay substantial rent arrears.  Instead of being subject to the whims of the Court, it would have served the parties better to have engaged in meaningful lease modification negotiations with a qualified attorney.  In the alternative, a favorable lease termination could have been negotiated.  We welcome inquiries concerning the commercial lease issues raised in this post.