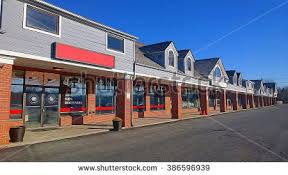 Our firm is routinely involved in commercial lease negotiations.  This post will address the “give and take” that takes place in such negotiations, while discussing the legal issues that commonly arise.  For convenience sake, let’s assume that our attorney is negotiating on behalf of a retail store tenant engaged in a food business in a suburban strip center.

Commercial leases typically span several decades and are not rent-regulated.  Both landlord and tenant cannot envision business conditions or pricing over such a timeframe.  Most leases will run for an initial term, potentially for ten years.  The parties may wish to include a renewal provision, potentially for another five years.  Is such a renewal term to be a requirement for the landlord to offer or an option to renew on behalf of the landlord or tenant?  If the option to renew is for the tenant, one may find provisions as to the timeframe in which to exercise the option, so that the landlord can make the space available to another tenant without a vacant period of time.

The determination of rent to be charged during the renewal period is tricky.  The parties could state in the current lease that the renewal period rent will be a certain percentage above that charged in the last year of the lease.  This provides certainty but may be too high or too low for market conditions at the time of renewal.  The other option is for the renewal rent to be determined by an appraiser to be mutually selected by the landlord and tenant.  The inherent problems in this formula are that there may be a disagreement on the selection of the appraiser and the rent to be charged would be uncertain.

During such a long term lease, it is not unlikely that the property will be sold by the landlord.  The lease should provide that the landlord is required to deliver the security deposit to the new owner, who will also need to recognize the lease with the tenant.

The use of the premises will be stated in the lease.  From a tenant’s perspective, the less specific the better.  Use as a general grocery store is more favorable to a tenant than an ethnic grocery store, because if the ability to assign or sublet the lease is tied to keeping the same use, it will be more difficult for the tenant to locate a replacement tenant if the use is too specific.  The tenant may wish for a non-compete clause in the lease.  Her attorney  may request to exclude other food businesses from the strip center, so that another tenant with a similar business does not pull customers from its client.

Physical alterations to the premises are another topic of contention.  A tenant should be obligated to pay rent until landlord-agreed alterations are made.  A landlord will not permit alterations by the tenant without his written approval if such alterations are structural, rather than cosmetic only.  Landlords are also mindful that any alterations be done in compliance with local law and do not have an adverse environmental effect.

Guaranties are highly significant to the tenant.  Most tenants lease spaces under the name of an entity, such as a corporation or limited liability company.  Most landlords require a personal guaranty of some sort from the principal of the entity, so that if the entity has financial problems, the landlord can pursue the individual and other assets owned by the individual for the satisfaction of lease obligations.  Some guaranties are broad and without condition.  Other guaranties are more limited, such as a “good guy” guaranty, which means that the obligations under the guaranty end once the tenant has delivered the keys and possession of the space to the landlord.

Commercial leases involve a landlord attempting to transfer the obligation to pay common area building and property charges to a tenant and do not involve the tenant only paying rent.  For instance, a tenant commonly pays a percentage of the increase in real estate taxes over the base year, reflective of the percentage that the premises comprises of the entire building.  Let’s say that the store is twenty percent of the property by agreement and that the real estate taxes in the first year of the lease are $1,000 and the second year $2,000.  The tenant would pay twenty percent of the increase or $200.  Landlords try to include other taxes within the definition of real estate taxes such as inheritance taxes.  Tenants should resist this.  Other charges which are attempted to be passed on to the tenant, such as paving of the parking lot and building-wide improvements.  The potential for reductions should not be ignored.  For instance, if the landlord achieves a tax reduction, the tenant should receive a corresponding reduction in the portion of taxes paid.

Default provisions should be carefully negotiated.  While we  cannot help our clients keep up with lease obligations, we do attempt to negotiate grace and notice periods before the tenant is deemed to be in default and additional cure periods.  Should there be a default, we request notification to our attorneys , so that we can assist in the evaluation of the alleged default and negotiate on the tenant’s behalf.

Our firm is well-versed in the standard commercial lease clauses and stands ready to negotiate a favorable lease on behalf of our readers.