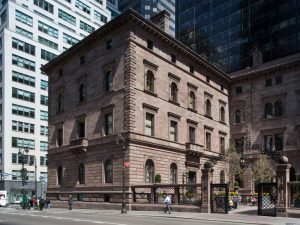 News reports have recently discussed the Archdiocese of New York and their seeking Court approval to mortgage church-owned property.  The purpose behind such action is for the Church to obtain a loan of $100,000,000.00 from JP Morgan, Chase, N.A., backed by a mortgage on Church-owned property located at 457 Madison Avenue in midtown Manhattan.  The loan proceeds will apparently be used to pay monetary settlements to the victims of the Church child abuse scandal.

Laymen may be asking why Court approval is necessary for such a transaction.  If an individual owns property, and seeks to obtain a mortgage on the property in order to raise funds, generally, Court approval is not needed.  The difference in this situation is that the Archdiocese of New York is a Religious Corporation, and, as such, is subject to the New York Religious Corporations Law.

As prior blog posts have discussed, any New York Religious Corporation seeking to buy property, sell or lease property, or obtain a loan backed by a mortgage on property it owns, must obtain approval of the New York State Attorney General’s Office.  The reason behind this statute is to make sure that a religious institution is not “sold out” from under its members by unscrupulous individuals or leaders.  Most religious institutions, of course, do not own the large real estate portfolio that the Archdiocese of New York does, and may own a single building which is used for its offices and place of worship.  The Religious Corporation Law protects all such institutions by requiring Court approval for such important real estate transactions, in order to insure that loan proceeds are used for purposes that congregants will believe will advance the legitimate interests of the church.

In order for a religious corporation to obtain Court approval, there are now two options in New York State.  The first is to apply directly to the New York Attorney General’s Office.  Of course, there are legal requirements for such filings, and we recommend using an attorney with experience in such applications.  This option should generally be used for routine applications which are not likely to cause controversy or possible opposition from members of the worshipping community or the general public.

The second option, which is generally used for more complex applications, or those which may be opposed, is to file a Petition with the Supreme Court of the State of New York in the County in which the real property is located.  This is the procedure that the Archdiocese of New York has chosen in this case.  Such Petition must contain the details of the proposed transaction, as well as documents executed by the officials of the institution showing their consent to the transaction.  Exhibits should be attached, such as the proposed Mortgage or proposed Contract of Sale in the event of a sale or purchase of real property.

If a Petition is filed in Court, it is possible that certain parties may file opposition to the proposed transaction.  For example, if certain congregants believe that their religious officials did not have the authority to conduct the transaction, or that the transaction is not in the best interests of the institution, they may hire counsel, and submit Affidavits in Opposition to the proposed purchase, sale, lease or mortgage.

The Judge assigned to the case may order further hearings, including depositions and discovery, or even a trial, and assess the evidence presented before deciding to approve the transaction.  Our firm has experience in both seeking approval on behalf of religious corporations, as well as representing parties opposing such transactions, and welcomes all inquiries.