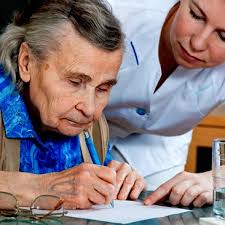 News outlets have recently reported on the Will contest brought by the children of the late country singer Glen Campbell.  This post will address the concepts of diminished capacity and undue influence and whether these concepts can potentially invalidate a Will in New York.

In general, a person can make a Will and disinherit his entire family or those deemed of close relation.  The exception to this rule is that one cannot disinherit a spouse, as spouses qualify for at least a minimal portion of the estate under the concept of elective share.  Potentially a person may be estranged from his family and decide to leave his estate to a friend or someone else who is close to him.  New York Surrogates Courts generally favor the making of a Will and will not invalidate a Will merely because a particular person was disinherited.

However, a Will can be contested on the basis of the diminished capacity of the person making the Will.  Diminished capacity is when the person making the Will is afflicted with a physical or mental ailment which may cloud his judgment or render him unable to know his own wishes.  Let’s say that the testator (the person who made the Will) was suffering from Alzheimer’s disease, like Glen Campbell.  Such an affliction does not automatically invalidate the Will.  New York Courts have held that if the testator had a “moment of lucidity” when the Will was signed, then it will be valid.  So long as the testator understood the general assets of his estate and the “natural objects of his bounty” (the identity of his family members or friends), the Will should be upheld.  Prudent legal practitioners  typically meet alone with the testator before the Will is drafted and before it is signed to ask questions and attempt to evaluate the mental capacity of the testator.  The recollections of the meetings should be memorialized in a memorandum to the client’s file in the event of a Will contest.

Our attorneys typically evaluate potential challenges to Wills and advise their clients as to whether such a challenge should be pursued.  Sometimes the best course of action to take is to prepare a trust for the testator.  If the parties involved anticipate a dispute over assets, a trust affords a smoother transfer of assets because the burden of proof rests with the party objecting to the trust.  In an ordinary Will contest, the proponent of the Will offered for probate has the burden of proof.  We look forward to assisting our readers in handling these issues, so that the intent of the testator is maintained.