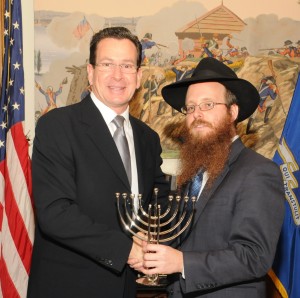 Our firm is often retained to represent parties relating to their employment at religious institutions. Such employment refers to, among other persons, the clergy, whether it is a Rabbi or Cantor at a Synagogue, a Minister or Reverend at a Church, or an Imam at a Mosque. A dispute may arise between a clergyperson and the institution at which they officiate. Such disputes may be the result of the termination of said employment, the interpretation of an employment agreement, or the failure of the institution to make payments pursuant to a retirement agreement or pension. This blog post will discuss the various legal issues relating to such disputes.

The first issue relating to a clergy’s employment is whether the individual at issue is an independent contractor or an employee. An exact legal definition of these categories is beyond the scope of this post. However, many smaller institutions attempt to categorize their clergy as independent contractors. This usually means that no taxes are withheld from their pay, and they are free to set their own hours and employment conditions. An employee is subject to W-2 tax withholding, and must generally keep regular hours and is subject to a greater degree of control by the institution in question.

If the individual clergy is classified as an employee, the next question is whether there is a written legal contract for their employment. Most clergy will have a written agreement with the religious institution which sets forth their terms of employment, salary (including any bonuses or pensions), benefits, renewal terms, and duties which they are expected to perform. Such agreement will usually be for a set period of time (for example, five years), and may contain provisions for renewal after expiration.

Under the New York Religious Corporation Law, depending on the religious denomination in question, such agreements which relate to the salary of the clergy must be submitted to the congregation at an official meeting to be approved. Failure to do so may result in the agreement being invalidated. Our firm has litigated claims in which an agreement to pay a clergy person has been sought to be overturned because it was not approved by the congregation.

If there is no written contract, then the clergy person may be considered at “at-will” employee. Under New York law, this means that they may be terminated at any time. Of course, a religious institution may have certain by-laws in place to prevent such termination, and should delineate the persons responsible for making such a decision. Usually, a majority (or supermajority, which may be two-thirds of those voting) of a board or congregation may be required under by-laws to terminate an at-will clergyperson.

In summation, it is important to have experienced counsel draft and review all employment contracts with clergy at any religious institution. The by-laws and constitution of the institution must also be reviewed to ensure that all requirements for approval have been met. Failure to do so may result in invalidation of the agreement. Finally, the New York Religious Corporation Law must be reviewed as it pertains to the denomination in question, to confirm that all such contracts have been approved in compliance with the laws of the State of New York.

Our firm has extensive experience in drafting, reviewing, and litigating contracts of all denominations of clergy, and welcomes all inquiries in this area.