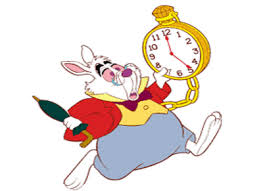 Parties to real estate transactions often ask us whether it is appropriate to include a time of the essence clause in their real estate contract. A time of the essence clause provides that if the parties do not close on the specified date, then the party who is not ready, willing and able to close will be in default of the contract. If the seller is in default, the remedy available to the buyer would be a lawsuit demanding specific performance, requiring the seller to transfer ownership of the property. If the buyer is in default, the seller’s remedy would be to retain the downpayment. In addition, the particular contract between the parties may dictate additional remedies available.

In New York, it is legally assumed that if a contract does not specify time of the essence, then it is not time of the essence, unless the procedure described herein is followed. Typically contracts will have the language “closing on or about x date”. This has been interpreted by Courts to mean that such a date is an approximate target and not necessarily the precise date on which the parties should presume that they are closing. Purchasers often have difficulty with on or about closing dates, as they need to know that they can close before their children are expected to enroll in school and need to arrange for movers and contractors. We advise our clients not the schedule specific moving dates or contractor start dates until the closing is imminent.

What can be done if the contract does not contain a time of the essence closing date and one party is not prepared to close? The proper procedure for converting the contract to a time of the essence contract needs to be undertaken. First, the date specified for the closing in the contract needs to pass. Then, a reasonable period of time needs to pass thereafter to allow the delaying party to close. A reasonable period of time depends upon the circumstances, custom and dealings of the parties, but is generally considered to be thirty days. Then, an attorney’s letter should be sent to the other party setting a time of the essence closing thirty days from the date of the letter, which date is known as “Law Day”. In order to be enforceable, this letter needs to be specific as to date, time and place of the Law Day closing and detail the expected consequence if the other party fails to perform on that date. All notices should be sent as specified by the contract in order to be valid.

To obtain the remedies specified above, the party setting the time of the essence date needs to demonstrate being ready, willing and able to perform on Law Day. This standard is met by the seller’s appearance at the Law Day closing with the closing documents being prepared and ready to deliver to the purchaser and all matters resolved, such as title issues. For a buyer, this standard is met by appearing at the Law Day closing with the checks required for the seller and other necessary closing deliveries. A court reporter should attend the Law Day closing to officially record the preparation of the party who intends to hold the other party in default.