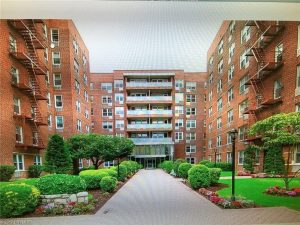 Many of our prior blog posts have discussed foreclosures of real property.  But what happens when the owner of a cooperative or “co-op” apartment cannot pay his share loan or maintenance?  Although the term “foreclosure” generally applies to the taking of real property by a lienholder, a co-op owner does not own real property, but owns shares in the cooperative corporation which have been allocated to his apartment within a larger building.

A co-op owner is issued a share certificate, which states how many shares he owns, as well as listing the name of the co-op corporation, the address, and the specific apartment number. He is also issued a proprietary lease by the co-op, which allows occupancy of a particular unit and states the terms and conditions of his share ownership.  When taking out a share loan to purchase the co-op, the buyer/owner must pledge his shares as collateral for the loan.  The actual share certificate and proprietary lease must be physically delivered to the lender (or its legal representative) at the closing, to be held as collateral until the loan is paid in full.

However, there may be situations where an owner cannot make his share loan payments, and the lender seeks take permanent possession of the collateral, which is the share certificate.  In New York, this is known as non-judicial foreclosure.  This means that an action is not brought in Supreme Court, where real property foreclosure actions are generally commenced.  Instead, the foreclosing lender must bring a proceeding outside of the Court system.  This is usually done by sending default and termination notices to the borrower.  If the borrower does not cure the default within a given amount of time, then the lender can notice a public sale of the shares pursuant to New York’s Uniform Commercial Code, Article 9.  This law sets forth the terms and conditions under which a non-judicial sale of the shares can be held.  Assuming that notice has been properly given, there may be an auction sale of the shares, in which any party can submit a bid.  The high bidder, which is usually the lender, then takes possession of the shares in question.  It should be noted that the co-op board must approve any actual occupant of the apartment, even if the apartment is owned by another party subsequent to the auction sale.

During this period of time, and even after the sale of the shares, the shareholder may continue to live in the co-op apartment in question.  A successful bidder for the shares may own the shares and the apartment, but not have legal possession of the apartment.  In order to remove the former owner from the premises, the new owner must now resort to the Court system and commence an eviction action.

Such an action is usually brought in the Supreme Court of the county in which the apartment is located, and not in the local landlord-tenant court.  Various court rulings have generally held that jurisdiction in such situations lies with the Supreme Court.  The new owner should have experienced counsel commence an ejectment action.  This type of action is similar to an ordinary eviction action, but is brought in Supreme Court, and will require more time to be resolved, as it is not an expedited hearing as typically occurs in landlord-tenant court.  If the new owner is able to show that notices were properly given, and that she is the current rightful owner, she will be able to obtain a Court order to evict the former owner, and have that order enforced by the City Marshal or Sheriff, depending on the location of the property.

Co-ops are prevalent in New York, and are subject to different rules and laws regarding foreclosure and eviction.  Our firm has experience in handling such situations, whether from the new owners or former owners of such co-op apartments.