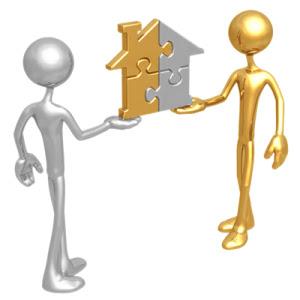 Last week’s blog post discussed legal issues relating to a foreclosure as it applies to cooperative apartments in New York State.  To summarize, because cooperatives are considered shares in a corporation, and not real property, different legal procedures are necessary when an owner of a co-op defaults on her share loan or maintenance payments.

This blog post relates what happens when two or more co-owners of a property are unable to agree on the disposition of a jointly-owned cooperative, or “co-op” apartment.  A recent article in the New York Post describes a situation where a Manhattan woman purchased a co-op apartment on the Upper East Side with her fiancé in 2005, shortly after they got engaged.

Unfortunately, in 2007 the couple became estranged and the engagement was called off.  One of the parties occupied the apartment, and the other moved out.  The parties agreed that the woman who was actually living at the apartment would pay her ex-fiance 50% of the value of the apartment.  However, in the 11 years subsequent, she has failed to do so, continues to live at the apartment, refusing to give access to her ex-fiance.  What is the legal remedy for this situation?

Although we have observed that a cooperative is not real property, a partition action can still be brought by one of the owners.  The general legal principle underpinning a partition action is that the property dispute should be handled fairly and equitably for all parties.  This means that a Court will attempt to divide the property, if possible, according to the ownership interests of the parties in the case.

The first question that a claimant must answer is whether the property is capable of being physically divided between the co-owners in a fair manner.   When the property at issue is a cooperative apartment, this will not be possible.  Therefore, the only remedy for the Court to consider is to have the property sold and the proceeds divided fairly between the parties.  When considering division of the proceeds, the contributions of all parties are considered.  For example, if one party has been paying monthly maintenance, and the other has not, then half of such expenditures should be credited upon the sale of the property.  Monthly loan payments should also receive credit, if only one party has been paying them, as well as any repairs or improvements which were not paid for by both parties.

Since the “property” at issue is shares, and not actual real property, the sale would be held under Article 9 of the Uniform Commercial Code.  As with any co-op apartment, the co-op would have to approve any potential third party to reside in the apartment after a sale.

In the situation described in the New York Post article, if one of the co-owners has refused to allow access to another co-owner over a long period of time, the “ousted” co-owner may also be allowed a credit for the reasonable value of renting such an apartment.  An accounting would be held by the Court to determine all of the credits and debits for each co-owner prior to the sale.  The credits are then applied to the sales proceeds, and, less the expenses of the sale, the proceeds are distributed between the parties.  Of course, the parties may also decide to have an out- of-court settlement, where one party agrees to buy out the other’s interest.  The parties would negotiate through their attorneys for both a fair buyout price, as well as discussing any credits to which either party is entitled.  Once the transaction is completed out of Court, the partition action can be discontinued.

Our firm invites all inquiries from parties who may be involved in disputes over ownership of cooperative apartments.