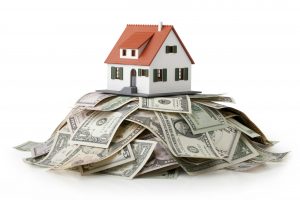 Prior blog posts have discussed the concept of surplus monies in foreclosure proceedings.  When a foreclosed property is sold at public auction, the winning bid may exceed the total amount owed to the entity foreclosing on the property.  In such a case, the excess funds are considered “surplus funds,” and the Court-appointed Referee will then deposit the surplus funds with the New York State Department of Finance, which has the authority to disburse the funds to the proper party, upon receipt of a Court order from the Court that handled the original foreclosure case.

The question of who exactly is the “proper party” is one that our firm has encountered fairly often.  There are several situations in which more than one entity may have claims to the surplus funds.  This post will further discuss those situations.

In general, the original owner of the property (prior to the foreclosure sale) has the first claim to any surplus funds.  If it is an individual, he can retain experienced counsel to file the proper motion papers to obtain a Court order allowing disbursements of the funds.  There may be situations where the property was owned by a corporation or other entity with multiple owners.  In such cases, the entity itself would be entitled to the surplus funds.  If it is a corporation, the funds would be payable to the corporation itself.  The corporation’s governing documents would then determine how the corporation would disburse the funds.

If the owner was another entity, such as a partnership or a trust, then counsel would look to the governing documents of the entity to determine how the funds should be divided among the individual partners or trust beneficiaries.  If the documents do not clearly state this, then the parties should attempt to resolve this issue, and have their attorneys, in their motion to have the funds disbursed, provide documentation that the parties have agreed on a division of the surplus funds to the Court.  The Court Order obtained should then contain the same language, allowing the proceeds to be disbursed to multiple parties when necessary.

There may be parties other than the original owners who are entitled to a portion of any surplus funds.  Generally, in order to have such a claim, those parties must have been named as defendants in the original foreclosure lawsuit, and are required to have filed a Notice of Claim to Surplus Funds with the Court.

This same principle would apply to any other entity which has a judgment against the owner, and has filed a Claim to Surplus Funds.  Such entities are legally entitled to have their judgment paid from the surplus funds once such funds are available.

Whether you are an owner with a claim to surplus funds, or an entity which may otherwise be entitled to receive a portion of such funds, our firm has extensive experience in these matters and welcomes all inquiries.