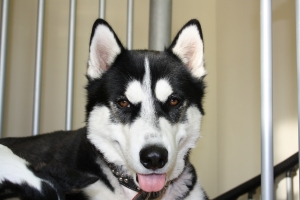 The New York Post recently reported the tragic story of a soap opera actor who was so despondent over his building’s pet regulations that he took his own life. The New York condominium building in which he resided enacted rules pertaining to pets that forbid pit bull breeds in the condominium building. Reluctant to send his dog to a shelter, the New York resident had the dog euthanized. In a further dramatic turn, the actor committed suicide, citing his unwillingness to continue life without his best friend.

When living in multi-family housing, New Yorkers often face regulations concerning allowance of pets. If you are not an animal lover, it may be prudent to ask your real estate broker to target buildings that prohibit pets. Then, you avoid the perceived annoyance of having your neighbor’s large dog crowd the elevator and sniff you on the way upstairs after a long day at work.

On the other hand, there are many New York residents who consider pets to be part of their family and do not wish to live without them, such as our soap opera actor. While many buildings may allow cats, presuming that a resident does not have an undue number of them, dogs and more exotic animals can be an issue.

Some New York buildings require that dogs be only certain breeds or that they not exceed a certain weight or size. Given the reputation of rough behavior by pit bull dogs, we can surmise that just about any New York building would forbid them. There are anecdotes of hopeful New York cooperative applicants medically sedating their dogs and having them trained in order to “behave” during the New York cooperative board interview or residents “sneaking” a small dog carried in a totebag through the building lobby with the hope that it will not bark at the wrong moment. Certain residents have maintained as a legal defense that their building is required to allow the harboring of their beloved pet, so as to support their medical well-being.

In addition, New York cooperatives are required to treat all residents equally. For instance, if a New York cooperative board is pursuing the removal of one resident’s “illegal” pet, they must pursue another resident that they also know has a pet. Concerns with equal treatment of residents also arise when a cooperative revises its regulations, making a pet impermissible that was once permitted, but “grandfathers” those who already have a pet. One resident may walk their cocker spaniel through the lobby, benefitting from the fact that they had the dog before the regulations were revised, while another resident may not acquire the same breed since he or she did not have the pet before the revision of the building regulations.

Further, a proposed subtenant wishing to maintain a pet in a New York building may wish to confirm that a pet may be harbored at the proposed location. Our firm represented a New York cooperative building that prohibited dogs. The owner of the cooperative unit at issue subleased the unit to a woman who had a dog, which was immediately apparent from the loud barking endured by the residents. Our client, the cooperative board, sought to terminate the proprietary lease of the unit owner based on the failure of the subtenant to follow the house rules. The subtenant refused to remove the dog and was subsequently subjected to a New York landlord-tenant procedure by which she and the dog agreed to vacate by a certain date.

As demonstrated herein, New Yorkers will always experience drama as long as there are pets. It is important for any proposed resident, whether a rental tenant, cooperative or condominium owner or subtenant to understand the property rules with respect to pets and to confirm that such rules are consistent with their intended lifestyle. Further, if the regulations change after a person takes occupancy, a person may wish to consult us if they do not appreciate the revision or believe that the revision was improperly enacted. Our firm is also available to pursue the enforcement of such regulations.