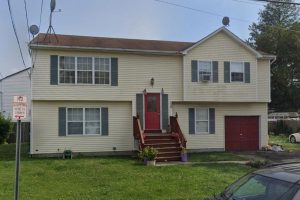 A recent cover story in the New York Post relates the astonishing story of Guramrit Hanspal, who has lived in a house he doesn’t own for over twenty years.  However, for those attorneys experienced in the areas of foreclosure, landlord-tenant, and bankruptcy, Mr. Hanspal’s story, while certainly an outlier, is not actually that surprising.

According to the Post, Mr. Hanspal purchased a house in East Meadow, New York in 1998, with a mortgage loan from Washington Mutual Bank.  He made exactly one mortage payment before defaulting on his loan.  Of course, Washington Mutual Bank then commenced foreclosure proceedings against him in Supreme Court, Nassau County.  Foreclosure proceedings can take many years to be resolved in Court, and the foreclosure sale was not actually completed until the year 2000.  Our firm’s experience has shown that although the foreclosure case took approximately two years to be resolved, delays of five or even eight years are not unusual, especially if the borrower retains experienced counsel who can use completely legal methods to ensure that Court proceedings take significant time to be resolved.

Even though the foreclosure proceedings had been completed, Hanspal did not vacate the premises.  As prior blog posts have discussed, simply because a house is foreclosed, and sold to another owner (usually the lending institution simply takes back title to the property), does not mean that the owner is legally obligated to leave.  In order to evict a former owner, additional legal proceedings must be brought in the appropriate landlord-tenant forum.

Although such proceedings were apparently brought, Mr. Hanspal delayed these proceedings by illegally transferring the deed to the property to third parties, claiming that additional parties were living at the premises, and multiple bankruptcy filings.  When an individual files for bankruptcy, all pending Court proceedings against him are stayed until the bankruptcy is resolved.  If a creditor wants to proceed despite a bankruptcy filing, they may file a “lift of stay motion” with the Bankruptcy Court, which is a request that it be allowed to proceed with their action despite the bankruptcy filing.  Whether a lift of stay motion will be granted depends on the individual circumstances of the debtor, as well as the applicable law.  The motion is decided on a case by case basis by the Bankruptcy Judge.

Further, the proceedings were additionally delayed by the financial collapse of Washington Mutual, the lending bank, in 2008.  The assets of Washington Mutual were eventually taken over by JP Morgan Chase, but, of course, all of this activity took quite a bit of additional time, allowing Hanspel to continue to live at the house.

Finally, the COVID-19 pandemic has resulted in the New York State legislature passing additional laws suspending evictions.  Although evictions were stayed until early May, 2021, an extension through August 31 of this year has been signed into law by Governor Cuomo.  This will allow all tenants, not just Mr. Hanspel, additional time in which to avoid eviction.

Our firm has dealt with many cases over the years with similar fact patterns to the story in the Post.  We welcome all inquiries from both owners whose properties have been foreclosed, as well as individuals or companies that have purchased such foreclosed properties and are looking for legal advice on how to evict the former owners.