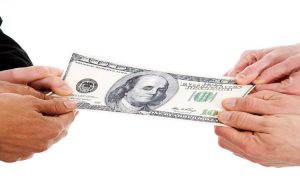 Prior blog posts have discussed the concept of surplus monies in foreclosure proceedings.  To summarize, when a foreclosed property is sold at public auction, it is possible that the highest winning bid may exceed the sum owed to the entity foreclosing on the property.  For example, an individual defaults on his mortgage, and the Referee determines that the amount due to the mortgage holder is $300,000.00.  The property is sold at a foreclosure sale, and a third party bids and pays $350,000.00 for the property.  In that situation, the foreclosing lender would be paid the first $300,000.00.  But who is legally entitled to the remaining $50,000.00?

A recent case from the New York Appellate Division, Second Department helps answer this question.  In that action, a homeowner on Staten Island failed to pay his taxes, resulting in a tax lien being filed against his property.  As is often the case, the tax lien was sold to a third party, who brought a foreclosure action to sell the property at public auction in order to satisfy the tax lien.  When the property was sold at public auction in 2000, it resulted in a surplus of $42,986.00.  That is, the winning bid at the foreclosure auction exceeded the amount of the tax lien (plus costs, penalties, and interest) by $42,986.00.

The Appellate Division had to determine which of two claimants was entitled to this surplus money.  The first claimant was the original homeowner.  The other claimant was a mortgage holder on the property, the New York City Department of Housing Preservation and Development (HPD).  HPD held a first mortgage on the property securing a fifteen year loan in the sum of $56,250.  The homeowner defaulted on the HPD mortgage in April, 1997.  HPD claimed that, as of 2017, the homeowner owed it $148,096.30 (the unpaid balance of the mortgage, plus interest), and sought to claim the surplus funds to partially satisfy this debt.

The homeowner attempted to defeat HPD’s claim by alleging that HPD had not commenced its own foreclosure action.  He also argued that the six-year statute of limitations on the HPD mortgage claim had expired, and, therefore, its claim was no longer legally valid.  Unfortunately for the homeowner, the Appellate Division did not agree with these arguments.  It ruled that because HPD filed a Notice of Appearance in the tax foreclosure action, that constituted proper notice of its potential claim to any surplus monies, and HPD was not also required to bring its own foreclosure lawsuit to claim the extra funds, as that would be an unnecessary use of judicial resources.   Therefore, the Court awarded the surplus funds to HPD and not to the homeowner.

Based on this case, and others like it, we recommend that any party who may have a claim to surplus funds file a Notice of Claim with the appropriate Court.  Our attorneys are available to file the necessary documents and assist all parties to claim surplus funds in New York foreclosure actions.