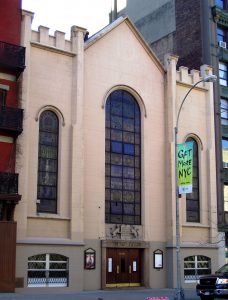 Recently in the news is the filing of a lawsuit relating to the alleged mismanagement of a New York synagogue located in the Chelsea section of Manhattan for almost 100 years.  The lawsuit alleges that an individual hired as a Rabbi for the temple has breached his contact by removing the antique pews in the synagogue, and then renting the space out for large and raucous parties.  It also alleges that the Rabbi may not even be a properly ordained Rabbi, and has committed many other acts in violation of his contact, as well as violating the Sabbath and Kosher laws governing the synagogue.

While evaluating the merits of this new case is beyond the scope of this post, many of these general issues often come up when our firm is consulted in matters relating to disputes regarding religious institutions.  Prior blog posts have discussed employment issues as well as disputes between different “factions” in a religious institution, be it a synagogue, mosque, temple, or other place of worship.

When our firm is consulted on such a matter, the first question is whether there is a written contract with the individual in question.  Most clergy have a written agreement with the congregation that delineates the rights and responsibilities of all parties.  The specific duties of the individual should be explained in detail.  For example, the number of services to be held, the frequency of such services (weekly, monthly), and the important religious holidays for which services are expected to held on an annual basis.  As with any employment contract, the compensation should also be detailed.  There should be a specific term of employment, such as five years.  It is possible that there could be a renewal clause which gives the congregation an option to renew the contract after its expiration for a set period of time.

If there is no written contract, under New York law, the employee is considered “at will,” which means that he can be terminated at any time.  This situation obviously creates difficultly for professional clergy, so we would recommend hiring experienced counsel to negotiate and prepare a written agreement so that all parties understand their rights and obligations to each other.

There may be situations where the individual hired does not fulfill his obligations under the agreement.  Often, the contract may call for all disputes regarding these issues to be referred to arbitration [link to post].  Some religious institutions may require that the dispute be referred to a specific type of arbitration composed of their religious cohorts.  Under New York law, such agreements are binding on the parties, and an arbitrator’s ruling can be enforced by entering it in the appropriate New York Court.

If there is no arbitration clause, the Board of Trustees may feel the need to commence legal action regarding the alleged contractual breaches.  Such actions should be brought in the Supreme Court in the county in which the religious institution is located.  It should be noted that all courts, including those in New York, will generally not rule on the applicability of religious doctrine.  This relates to the First Amendment to the United States Constitution, which generally prohibits the government from interfering with free exercise of religion.  However, ordinary employment issues, such as the clergy failing to appear for services, or otherwise refusing to fulfill their duties to the congregation, can be heard by the Court, so long as they do not require the Court to rule on disputes over religious doctrines.

Regardless of your religious affiliation, it is important that your place of worship be run in a professional manner.  Our firm handles many of these disputes and welcomes all inquiries.