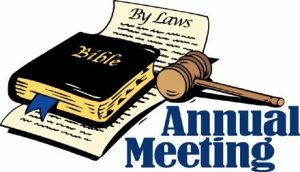 Recently in the news is a follow-up story relating to a dispute regarding control over a Chelsea synagogue.  A prior blog post related the original story about a “rogue Rabbi” who took control of the synagogue pursuant to a lease agreement, and was accused of violating the lease by, among other things, tearing out original pews, renting the synagogue out for parties, and other alleged wrongful conduct.  That dispute is still being litigated.

The new dispute relates to a recent election held by the synagogue to elect a new Board of Trustees.   Certain members have disputed the validity of the election, and have filed suit to reverse the results of the election.  As our prior blog posts have explained, such disputes are usually governed by the New York Religious Corporation Law.  The law governs all religious institutions, including the so-called “major” religions, Christianity, Judaism, Islam, and Hindu.

However, New York Religious Corporation Law only provides general guidelines regarding many of the issues which may arise over a disputed election.  One potential issue is which individuals qualify as members of the congregation, and, therefore, would be allowed to vote in an election.  Congregants or members are usually defined under the law as those who are over 18 years old, and who worship regularly at the institution in question.  Certain churches may define congregants as those who receive communion regularly at the church.  Contributing funds to the institution on a regular basis may also be a factor in membership qualification.  Our firm recommends that the institution’s by-laws be drafted to include a more specific description of membership qualification.  Institutions are free to define membership in their by-laws, and such by-laws will be upheld by the Courts.  For example, the institution may define regular attendance at services as a qualification for membership, or may limit membership to dues-paying individuals, or to individuals who have contributed a certain level of funding.  Specifically defining membership is important for any religious institution, as participants in elections are limited to only members of the congregation.  Qualified members may then vote in elections to determine the leadership of the organization.

Another election issue which may be disputed, and, in fact, was a major issue in the Emunath Israel dispute, is whether proxy voting is permitted.  Proxy voting is where an individual does not attend the meeting in which the election is held, but gives a proxy to another person, which will either give that person the right to vote on their behalf, or may specify voting instructions to the proxy holder.  Again, the institution itself should state, in its by-laws, whether proxy voting is permitted.  Many religious corporations may have members who are elderly and infirm, and may be unable to attend a meeting in person to cast their vote.  Allowing proxy voting would allow such persons to give a written proxy to a person who will attend on their behalf and cast their vote for them.  Under Section 207 of the Religious Corporation Law, proxies for a Jewish religious institution must be given only to a fellow member of the Congregation.

There are many disputes which can arise regarding the management of a religious institution, especially where a hotly disputed election is to be held.  Thorough knowledge of the Religious Corporation Law is necessary to litigate and resolve such disputes.  Weiss & Weiss welcomes all inquiries from congregants, officers, as well as clergy, relating to their legal rights in this area of the law.