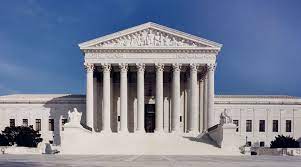 Many of our readers are aware that the United States Supreme Court recently overturned Roe v. Wade, its landmark decision wherein it determined that the right to privacy derived from the 14th Amendment to the Constitution applies to abortion rights.  Dobbs v. Jackson Women’s Health Organization , found that abortion rights should now be determined by each individual state, instead of at the Federal level.  Justice Samuel A. Alito, Jr., as lead author of Dobbs, wrote that the Court was ruling with respect to abortion rights only, but not as to other rights derived from the line of right to privacy cases, such as contraception and same-sex marriage.  The concurring opinion of Justice Thomas in Dobbs raised concern because he suggested that the Court should reconsider other privacy cases.  While it is not this author’s intent to comment on the abortion rights debate, it is the intent of this post to highlight legal protections required by same-sex couples, particularly with respect to estate planning should marriage equality not be consistently upheld on the Federal level.

In Obergefell v. Hodges , the Court found that same-sex marriage is a right derived from the 14th Amendment to the Constitution.  However, if this decision is reexamined and overturned, the implications for same-sex couples could be severe.  Those persons already married may have the rug pulled out from under them and be legally considered to be unmarried, depending upon their state.  It should be noted that there is a movement to pass legislation at the Federal level to codify the right to same-sex marriage.  Such legislation may not be ultimately passed into law or could be overturned by future Supreme Court rulings.

Unmarried couples should engage the services of experienced attorneys to draft estate documents, such as Wills, Trusts, Living Wills, Health Care Proxies and Powers of Attorneys.  The reason for this activity is that the law generally considers that default decision maker to be the spouse with respect to end of life health care decisions and distribution of assets.   Same-sex partners may not always be considered to be legal spouses if judicial decisions continue to follow this conservative route.  If a person dies without a Will in New York, the applicable statute determines the distribution of assets and who may be the Administrator of the Estate.  Unless same-sex marriage is consistently recognized, a same-sex partner may be excluded from receiving assets and from acting as Administrator.  Family members who are estranged from the deceased could take the place of the intended life partner in this event.  The best way to prevent this outcome is to have professionally prepared estate documents in place that comply with one’s wishes and clearly state that the same-sex partner is to inherit and serve as fiduciary for the Estate.

Our attorneys are prepared to assist all couples who want to insure that their loved ones are legally protected by preparing estate documents consistent with plans and that will withstand any potential change in the law with respect to the protections enjoyed by same-sex couples.