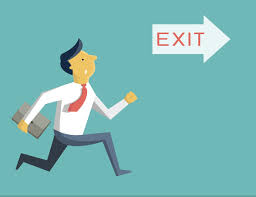 The region served by this law firm certainly has its share of vacant commercial spaces.  An unproductive business environment at times leads to the consideration of closure by other businesses.  When a commercial lease ends prior to its termination date, it is know in the industry as “going dark”.  It is not unusual for commercial lease terms to extend for anywhere from five to twenty years.  Of course, during such a lengthy timeframe, business conditions can change drastically, making the continued conduct of business to be impractical and not profitable.  There may have even been a lease modification between the landlord and tenant which has still not assisted the tenant in the successful conduct of its business at the premises.  Perhaps the business involves a particular food or fitness craze that is no longer desired by potential customers.  When this occurs, experienced legal counsel  should be consulted to develop the optimal strategy for the tenant’s early exit.

The tenant’s attorney  should first review the fully signed commercial lease to determine the exact date of lease termination.  If the date is far into the future, different advice may be rendered.  The lease may contain a provision as to whether the tenant has the option to terminate the lease prior to its stated termination date.  Potentially a payment will be required by the tenant in order to leave the premises early.  Such a payment may amount to a set number of months and the waiver of the refund of the security deposit.  For instance, if the early termination payment is three months rent and the waiver of the refund of one month’s security deposit, the tenant may be best served to end the lease early rather than continue with the lease that has another four years to run.  In addition, the tenant’s attorney  should make sure that any notice to the landlord regarding early termination is consistent with the notice requirements in the lease, or such notice may not be deemed to be valid.  The notice requirement may be of a certain number of days before it is effective, need to be sent by a certain method such as certified mail and may also need to be delivered to the landlord’s attorney.

Lease guarantors may also need to be considered when early termination is considered by the tenant.  Most tenants sign leases under an entity name such as a limited liability company or corporation.  In such cases, a landlord will typically seek an individual person to guaranty performance by the tenant.  Such an individual may be the principal of the entity or a third party backing the tenant’s business.  In the case of a guarantor who is the principal of the entity, such a guaranty may take the form of a “good guy” guaranty.  This type of guaranty provides that if the tenant leaves the premises in the condition as required at the end of the lease and pays all sums due to the landlord through the vacate date, then the guarantor is released from further obligation to the landlord.  When there is a good guy guaranty, terminating the lease early is low risk to the parties involved.  However, if the guarantor is a third party backing the tenant’s business, such a third party may challenge the tenant’s early vacate because it may have to fulfill the tenant’s obligations after it leaves the premises.  It is prudent to have a separate agreement between the tenant and third party guarantor to define obligations if the lease ends early.

Another consideration involves whether the tenant is already involved in a landlord-tenant case  when it wishes to terminate the lease.  Such an event may reduce the tenant’s bargaining power  concerning its early exit.

Our firm regularly negotiates commercial leases and consults tenants as they consider whether to end their leases early.