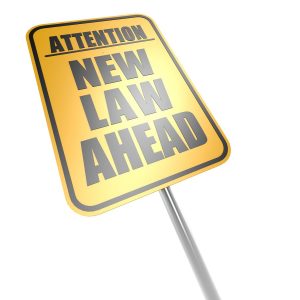 The law amended Article 13 of the New York Real Property Actions and Proceeding Law to allow a defendant to raise the issue of “standing” at any time in the legal proceedings.  A non-attorney may first ask what is the issue of standing and how this change in the law benefits a party being foreclosed.  Standing is a legal defense relating to the plaintiff’s basic right to bring a foreclosure action (or any other type of action).  In order to commence a  foreclosure lawsuit, the lender (usually a bank or loan servicer) must show that it is a corporation licensed to do business in New York State, and also it is the holder of the note and mortgage which is the subject matter of the lawsuit.

Failure to meet these requirements may result in the lawsuit being dismissed due to a lack of standing.  Because many loans are transferred between different lenders and loan servicers on a frequent basis, it is entirely possible that the party bringing the foreclosure action may not have “standing” as the loan may have been sold to another entity prior to the case being filed.  In that case, the plaintiff may lack standing, and the action may be dismissed.

How does the revised law assist defendants in foreclosures?  Prior to the new law being passed, the defense of standing had to be raised as a defense in a pre-answer motion to dismiss, or in the answer itself.  Otherwise, the defense would be deemed waived.  If the defendant or their attorney later discovered that the plaintiff lacked standing, they would be unable to raise the issue before the Court, unless it was in their original answer.

The revised law allows a defendant to raise the issue of standing at any time in the proceedings.  Therefore, if a party files an answer without listing this defense, and later hires counsel who advises that it is possible to have the action dismissed because of lack of standing, the party is now allowed to file a dismissal motion at any point in the proceedings.  Under the old law, this option would not have been available if the defense was not raised in their initial answer.

The new law even allows defendants to raise this defense after a foreclosure sale, if the judgment of foreclosure and sale was issued on default.  For example, if the defendant was never served with the original Complaint, and the plaintiff obtains a judgment of foreclosure and sale on default, the defendant can still challenge the validity of the judgment and sale of the property on the grounds of standing, even after the sale has already occurred.  This change will raise the possibility of title companies being cautious about insuring title when a party takes title after a foreclosure sale, especially when the sale occurred after the default of the defendant.  The possibility of a defendant challenging a sale under the new law could create potential issues for those who purchase foreclosed properties.

Our firm represents both defendants in foreclosure actions and parties who purchase properties after foreclosure.  We welcome inquires regarding the effect of the new law in New York.