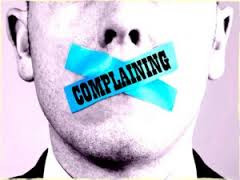 With the prevalent use of the internet, grievances against cooperative and condominium boards can spread like wildfire. The means used may be standard e-mail forwarded to all unit owners, a specifically developed Facebook or Google chat page, a publically accessible website, or another type of private intranet system. The New York Times recently published an article concerning the airing of disagreements online with an audience of all unit owners and the implications. In the past, if a neighbor had a complaint, she would approach one of the board members individually and directly, so that all unit owners would not be aware of the grievance. As an alternative, it is almost expected that a unit owner will raise concerns loudly and perhaps not so politely during the annual meeting. Such concerns will be addressed in front of all unit owners present.

Now it is not uncommon for unit owners to have a day-to-day online community, allowing for constant communication of all matters. Online discussions may concern such matters as whether a neighbor is willing to watch a pet while someone is away, whether someone wants to buy unneeded furniture or more serious matters concerning how the building is being run. The board may be publically attacked for building conditions or for the manner in which a financial transaction was handled. Modern online communities make it almost too easy for unhappy unit owners to gather strength. Some proponents argue that such an online community encourages transparency of the board. The board is continually required to state and justify their actions. Even though the board is legally required to be responsive to all unit owners and must follow the business judgment rule , the current expectation that every action of the board should be known and debated among all unit owners is likely to diminish the authority of a current board.

With the potential reduced authority of a board, the takeover of a board is a potential concern. Opponents of such online communities argue that such communities are developed merely for the purpose of such a takeover. Using the online method as an easily disseminated platform, it is easier than ever for dissident groups to develop allies and arrange for other unit owners to elect them to the board. Once opinions are readily shared, the slate of dissident candidates likewise develops more easily than in the past.

The internet and the ease of communication made possible by social media are obviously here to stay. Cooperative and condominium boards must face the reality that unit owners will communicate between themselves through such platforms. Boards need to monitor such forums, become aware of issues raised and respond satisfactorily to unit owners. Otherwise, the board may be unseated in an election. Our firm is experienced in handling such matters. We are prepared to advise on the proper legal means to raise such complaints online without being vulnerable for a suit in defamation. Our readers may wish to consult a prior post concerning defamation. Such a defamation case in the cooperative and condominium context may be decided by whether the Court determines that the board member is a public or pseudo-public figure, making for a higher burden of proof standard for the plaintiff. Our attorneys also advise boards on the proper response to such complaints and on the proper means to handle a contested election.