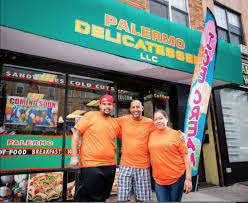 Successful contemporary art dealer Andre Zarre passed away and left his massive multi-million dollar estate solely to a deli worker, who was also nominated as Executor to the estate.  Does this situation strike our readers  as a legal result that can be contested?  The answer is yes, for the reasons discussed in this post.

Although Zarre was a successful art dealer, his entrepreneurial spirit led to his eventual ownership of a Queens deli.  The deli worker Jose Yeje was either in charge of the deli or a co-owner, depending upon the version of events that one wants to believe.  Zarre’s health deteriorated to the extent that he eventually became legally blind, had significant mobility issues, and advanced heart disease.  At the same time, the relationship between Zarre and Yeje progressed to the point that Yeje became Zarre’s trusted caretaker.  Then, Zarre signed the subject Will, shortly before his death.

When an estate is administered , the executor of a will needs to obtain waivers from those who could inherit under New York’s intestacy statute .  Otherwise, such persons maintain their legal right to challenge the will being sought to be admitted to probate.  Yeje’s legal counsel approached Zarre’s cousin to obtain such a waiver.  The cousin was shocked because Zarre had previously promised to leave his estate to the cousin and potentially other relatives.  It will remain to be seen how the Surrogate’s Court  will evaluate the validity of this promise.  When a waiver is not delivered, the proponent of the will then needs to serve the person requested to waive with a citation to attend a Court appearance  for the purpose of raising legal issues why the will should not be admitted to probate.

Classic legal issues are raised in this will contest.  Was Zarre so dependent upon Yeje as a caretaker that he did not exercise his own wishes when he made the will?  If the Court considers the men to have had a confidential relationship, then it may scrutinize the details more thoroughly to confirm that Zarre signed a document that evidenced his free will and desires.  A confidential relationship is legally defined as one in which there is a particular degree of trust such that a person is so dependent upon another such that undue influence is rendered and results in a disposition that may not have otherwise have been made.  Confidential relationship theory may be strengthened by the fact that the men met relatively late in Zarre’s life.

Certainly diminished capacity and undue influence  will be considered by the Court.  We  have already considered the components of undue influence in our confidential relationship discussion above.  Diminished capacity relates to whether Zarre understood the document that he was signing and whether he had the physical ability to do so.  Since it was well-documented that he was legally blind, how can the Court be assured that we was familiar with the contents of the will and agreed with its terms?

When a will is prepared , an experienced attorney  should consider the mental and physical condition of the person who will sign the will.  As an objective matter, if the person does not seem to have met the legal standards, the will process should not proceed.  New York law prescribes standards for will execution, which if followed by a qualified attorney  who is supervising the will execution, could nullify challenges to the will.  At least two witnesses plus the attorney supervising will execution are to be present.  Before signing, the witnesses should become familiar with the person signing and have a sense that their basic cognitive function exists.  If the person has vision problems, the will should be read aloud before signing and the signatory should confirm agreement to its contents.  It may even be appropriate to make a video of the execution ceremony if it would be helpful in the future.  The witnesses may also be called to testify as to whether the signatory was readily able to hold the pen used to sign.

Our firm  counsels clients throughout the will preparation and signing process so that a will contest may be less likely to occur.  In the event of a contest, we will endeavor to defend those wills signed under our supervision.