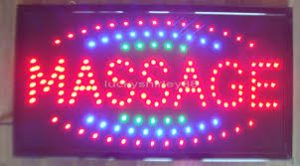 Landlords who lease commercial space typically concern themselves with the quality of a proposed tenant so that such character is consistent with that of other tenants occupying the property.  Such concern is reflected in particular provisions found in a commercial lease.  This post will discuss some of the more common tenant “character” provisions.

Signage is important to commercial tenants so that the store’s location is visible and identifiable to potential customers.  Because landlords are concerned that certain signage may look physically unpleasing or be harmful to the reputation of the property, landlords typically specify signage requirements in the lease.  The landlord will reserve the right to approve the signage sought to be used by the tenant and will usually not allow a sign that appears to be too large or has too much neon compared to other signs already used at the property.  Of course, signs containing vulgar words will not be permitted.  When negotiating your lease, your attorney  should also negotiate an exhibit to the lease which will contain a drawing of exactly how your sign will look with specific dimensions referenced.  That way, the parties will have already decided on the approved signage before the lease is signed.

Landlords also want to control store hours.  Many leases have provisions to that effect.  In a shopping mall environment, most leases will require stores to be open for the same number of hours.  Such a provision benefits all tenants, as the mall is more likely to be a thriving place in which to do business if shoppers can visit more than one store.  On the flip side, landlords may demand that a public storefront be closed after a certain hour so that visitors do not “hang out”, impairing the reputation of the property or creating too much noise, impacting neighbors of the property.

Use clauses become particularly important when your attorney is negotiating the sublet clause in the lease, which is one of the most important provisions.  Should a tenant decide that it cannot or does not want to conduct business at the property, the sublet clause potentially allows the tenant to be released from the lease provisions.  Your attorneys  should request that the landlord not unreasonably withhold consent to a sublet or assignment of the lease.  Most landlords will grant such a request, provided that the space will be used for a similar purpose and the tenant is of at least the same or better financial quality.  Of course, all leases will prohibit tenants from engaging in illegal uses and may prohibit particular types of businesses, such as tattoo parlors, gambling parlors, pawn shops and the like.

In a shopping mall or strip shopping center, as opposed to an office building, tenants are more visible to the public, making landlords attuned to the need to control the character of the tenant and reputation of the property.  We recommend that our readers engage a qualified attorney as a commercial lease is negotiated, so that the landlord’s propensity to control tenant quality does not impair the tenant’s interest in having tenant favorable provisions included in the lease.