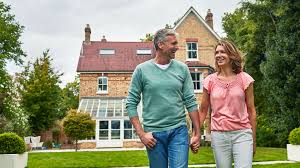 Our firm receives numerous inquiries from couples who co-own property, although they have never married.  Many couples, whether they be man and woman or single sex couples, either delay getting married or do not get married at all, even if they have children together.  Although such couples may say that “it makes no difference” and that a marriage license is “just a piece of paper,” legally, it can make a great difference when an unmarried couple co-owns real estate.

If a legally married couple owns real estate together, any real estate they own jointly is generally considered marital property, and, if they decide to get divorced, the issue of the disposition of the property in question is resolved as part of an overall divorce settlement.  If the couple cannot agree whether to sell the property, then the divorce action may go to trial, with a Judge making the decision after hearing the facts in Court.

Most couples do not contemplate splitting up in the future, and therefore do not plan for the legal ramifications of a possible break-up.  For example, a couple engaged to be married decide to purchase a house together, before they are married.  After they buy the house and move in, they realize that they are not a good fit, split up as a couple, and call off their engagement.  What happens to the property that they purchased together?

Untangling the contributions of each individual party can be quite a task.  An unmarried couple could purchase a property, and live their together for many years before deciding to go their separate ways.  In such a case, it can be quite difficult to determine exactly each party’s monetary contributions towards the property.  When our firm is engaged on such a matter, we attempt to collect records from the parties, such as mortgage and tax statements, receipts, and checks, to determine “who paid what” during the ownership period.  In doing so, it can then be determined the “fair share” of each party if the property is sold to a third party.

Another way to resolve the situation is through a buy-out.  One of the parties may wish to remain the property.  If they have the financial means, they can pay their co-owner for their share of the property, and become sole owner.  Such a transaction would require experienced counsel to ensure that the proper funds are received at a closing, and that the property is legally transferred from the co-owners to an individual owner.

As marriage declines as an institution in our society, the situation of a couple co-owning real estate and then splitting up becomes more common.  Our firm has extensive experience in handling these matters, and welcomes future inquiries.