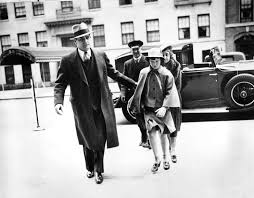 Our readers may be aware of the recent death of fashion icon Gloria Vanderbilt.  Having died at the ripe old age of 95, Ms. Vanderbilt’s life had many interesting dimensions.  From a legal perspective, Vanderbilt experienced a Court proceeding as a young child that is instructive to our clientele.  The Vanderbilt family is one of the historically ultra wealthy families in the United States.  Gloria’s father died when she was an infant, leaving her substantial share of his Estate in trust to be managed by her mother as trustee.  Instead of using the trust as intended, for the care and support of Gloria, the trust was used for her mother’s lavish excursions to Europe and the like.  Fortunately, Gloria’s Aunt observed her mother’s behavior and brought a successful Court action, known as “the trial of the century”, to remove her mother as trustee and obtain custody of Gloria.

The Vanderbilt matter demonstrates that the Surrogate’s Court will certainly intervene when trustee abuse occurs and when the trustee is not managing the trust assets for the benefit of the beneficiary.  There are additional reasons why a petition to remove or replace a trustee will be entertained by the Surrogate’s Court.  For instance, a trustee was named in a document drafted thirty-five years ago when the intended trustee was fifty years old.  Now the trustee expected to serve is eighty-five years old and is not enjoying good health.  An expert draftsman will anticipate this potential issue when drafting a will or trust and will suggest that the named trustee may not be practical.  Also, a will or trust can be subsequently amended by codicil or trust amendment should the client note changes in the named trustee that make such person unfit to serve.  Codicils and trust amendments are less time consuming than engaging in Court intervention at a future time.  Another potential safeguard is to name a corporate trustee (such as a bank) to serve, in order to avoid trustee abuse as well as the possible aging or death of the proposed trustee.

As in the case of Whitney Houston’s executor , there are certain roles that are appropriate for a trustee.  A trustee should be financially savvy and is required to invest assets prudently.  Income and principal of the trust is to be distributed for the purposes named in the trust.  Such purposes may be to maintain the lifestyle to which the beneficiary is accustomed, pay for education, fund enriching travel, cover healthcare costs, and the like.  Your attorney will ask you to consider a responsible and honest person to serve as your trustee.  It is also preferable to consider a trustee who has a good relationship with the beneficiary, as there will be significant interaction between them in the future.

The Vanderbilt case shows once again that money does not buy happiness .  We counsel clients when nominating trustees in legal documents and in evaluating whether to petition the Surrogate’s Court for the removal of a trustee in the event that the trustee is not fulfilling his duties.