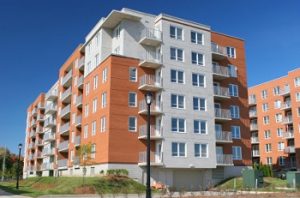 Although the public image is that legal cases are resolved through a trial of the issues involved, the fact is that most cases are settled well before any trial occurs.  This is especially true with regards to landlord-tenant cases.  The Court structure and sheer number of cases which must be heard by a busy landlord-tenant court makes it impractical to have a trial for every eviction matter, or even a small fraction of eviction cases.  What happens to the cases which do not go to trial?  They are usually resolved through an agreement reached between the parties, usually negotiating through their attorneys.  This blog post will explain how the process occurs.

Once an action has been commenced in landlord-tenant court, the Court assigns a return date, which, statutorily, must now be at least fourteen days after the Petition is served on the tenant.  During this period of time, an experienced attorney will contact the attorney for the other party to discuss the possibility of resolving the case without further Court proceedings.  The issues which need to be resolved may be the amount of time in which the tenant is required to vacate the premises, as well as whether the tenant will make payments (called “use and occupancy”) during this period of time.  If the tenant wishes to remain at the premises, outstanding issues such as payment of past due rent, and amelioration of any outstanding property condition issues, may also need to be resolved.  The effect of the newly enacted amendments to New York’s landlord-tenant laws should also be considered.

Assuming the attorneys can come to an understanding which satisfies both the landlord and the tenant, the next step is to prepare a Stipulation of Settlement.  This document will specifically delineate each parties’ rights and responsibilities.  For example, it may state that the tenant will vacate the property as of a specific date.  More importantly, it will state that if the tenant fails to vacate on the agreed-upon date, then the landlord is legally entitled to a Warrant of Eviction, which is a document allowing a Marshal or Sheriff to physically evict the tenant.  Usually, the landlord’s attorney will have to provide the Court with an Affirmation of Non-Compliance, which is a document stating that the tenant has not complied with the terms of the Stipulation of Settlement.  The Stipulation may also call for the tenant to receive notice of such an application, so he has an opportunity to cure his default.

Assuming the terms of the Stipulation are complied with, the case may then be discontinued by the Court at a future date.  Our firm attempts to negotiate all landlord-tenant matters prior to appearing in Court, so that all parties may save the costs of court appearances, and resolve the matter without the stress and pressures involved in appearing in Court.