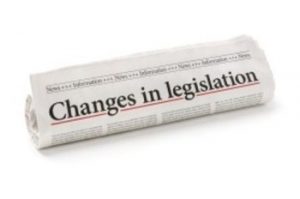 Recent blog posts have discussed sweeping changes to New York State’s regulations for rental units.  These changes were recently passed by the state legislature, and signed into law by Governor Cuomo.  A prior post discussed the changes regarding rent regulated units. However, many rental units, especially in Westchester County, are not subject to rent regulation.  They include premises with fewer than six rental units, as well as properties in towns or cities which have not adopted the “emergency” rent regulations, which the new law has made permanent.

While a full discussion of the every aspect of the new landlord-tenant rules is beyond the scope of this post, here are some of the “highlights” or “lowlights”, depending on your perspective and role as a landlord or tenant.  The first one relates to the notice period, which is the period after the tenant has been served with an eviction petition, but before he has to appear in Court.  Under the old law, the “window period” was 5-12 days, meaning at least five days, but not more than twelve days.  The new law has increased the period to 10-17 days, meaning that the hearing date must be at least ten days after the eviction petition is served, but no more than seventeen days.

In addition, after the first appearance, no adjournment for more than ten days was previously allowed without the consent of all parties.  The new law gives the Court “sole discretion” to grant future adjournment requests.  Obviously, the impact of these revisions will be to allow tenants to “stall” a case, if they need time to vacate the premises before they are evicted.  It will probably not be cost effective for a landlord to bring a non-payment proceeding unless the tenant is many months past due, because the tenant can easily delay a proceeding under the new law.

Another revision relates to a landlord’s duty to mitigate damages.  If a tenant vacates prior to the end of their lease term, the landlord would often seek a money judgment for the rent due through the original lease termination date.  Under the new law, the landlord is now obligated to attempt to re-rent the premises for fair market value or the rent in the lease, whichever is lower.  When the premises are re-rented, the original lease is deemed terminated, and the former tenant is no longer responsible for rent.  The new law also puts the burden of proof on the party seeking damages.  The effect of this revision is that a landlord may simply seek to evict a tenant in default under his lease, but will not seek to recover sums due under the lease once the tenant vacates.

There are many other procedural revisions to the laws governing landlord-tenant actions.  Some of these changes do not go into effect until October, 2019, and some only relate to actions in New York City.  Our firm is carefully monitoring the new law and its enforcement so that we can continue to effectively represent both landlords and tenants.