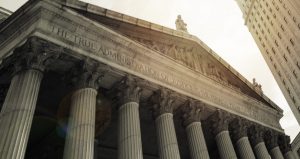 A recent blog post discussed sweeping changes to New York State’s regulations for rental units.  These changes were recently passed by the state legislature, and signed into law by Governor Cuomo.  While a full discussion of the new law is beyond the scope of this post, suffice it to say that the law makes it more difficult for landlords to remove apartments from rent stabilization, as well as removing the right of a landlord to increase the regulated rent after a tenant vacates and a new tenant moves into the unit.

One effect of this change is to remove the incentive for a landlord to “buy out” a rent regulated tenant.  Prior blog posts have discussed transactions where a landlord would pay a tenant a significant sum of money to vacate a rent regulated apartment.  The reason for these transactions is that the landlord would then be permitted to significantly increase the rent for a new tenant, once the last tenant vacated.  Under the new regulations, the landlord would not be permitted the large “vacancy increase” that was allowed previously.  Therefore, landlords no longer would have an incentive to pay an existing tenant to move out, because the regulated rent would remain the same for a new tenant.

Landlords were not expecting the new regulations, as they were introduced very late in the legislative session.  The new regulations also make it more difficult to evict tenants who do not pay their rent.  As tenant-favorable laws will always be easier to pass in large cities, due to the simple fact that many tenants vote, and they are always more numerous than landlords, the question becomes whether these rent regulations can pass muster under the United States Constitution.

Recently, a lawsuit was filed by a group of entities representing the interests of landlords and property owners, claiming that the new rent regulations (as well as the regulations that existed previously), violate the takings clause as well as the Due Process clause of the Constitution.  For those who are not Constitutional scholars, the Fifth Amendment prohibits government from taking one’s life, liberty or property without due process of law.  The Fourteenth Amendment to the Constitution applies the Fifth Amendment to the individual states, which of course includes New York State.

The question that the Courts must determine is whether the rent regulations deprive the property owners of their property without due process.  Are the new regulations so onerous that they are in essence a “taking” of the landlord’s property?  One fundamental right of property owners is the right to charge rent for its usage.  New York State’s regulations limit that right by setting rules and regulations regarding the amount that can be charged, as well as other rules relating to the use of the property by tenants.  Do these regulations rise to the level of a “taking” of property?  That is the question to be resolved by the federal Courts.  It is possible that this case may ultimately be decided by the United States Supreme Court.  If the Supreme Court rules that New York’s system of rent regulations is unconstitutional, landlords may be free to charge “market rents” for their apartment units.  The effect on the New York State and New York City housing market would obviously be significant.

Readers of this blog are invited to “stay tuned” for further developments relating to the new rent regulations, as well as the lawsuit challenging the law on constitutional grounds.