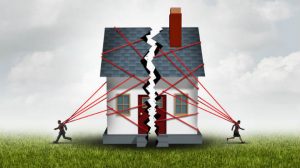 A prior blog post discussed inheritance of real property.  For example, a parent passes away and leaves a house in equal shares to her three children.  The three children are now co-owners of the property.  Of course, each co-owner may be in a different life situation.  For example, one of the adult children may have been living with the last parent to pass away, and wishes to remain residing at the property indefinitely.  The other co-owners may have moved from f the property many years ago, and simply want to sell the property and receive their respective one-third of the net proceeds from the sale.  All of the co-owners have certain legal rights, which rights have now been modified by a recent (2019) amendment to existing New York law on partitions and inherited property.

Therefore, the only way for the parties to avoid a Court-ordered sale and public auction of the property would be to agree to a buyout by the party who wishes to retain the property exclusively, or for all parties to agree to sell the property to an unrelated person and share the proceeds in the same proportion as their ownership interests, without further Court intervention.  This is what happens in the majority of partition actions handled by our firm.  However, the absolute right to have the property sold led to an abuse of the partition law, resulting in the 2019 amendment.  What was occurring was that third parties would purchase a small stake in an inherited property, and then use their newly-acquired ownership share to force an unwanted sale, or use the threat of same to extort above-market settlements from their fellow co-owners.  For example, an individual inherits a small share (10%) of a property.  They then sell that share to a third party.  That third party now threatens a partition sale, is her right, unless she is “bought out” for an amount much larger than her share would be worth on the open market.  The co-owners are forced to acquiesce so as to avoid losing the property in a Court-ordered sale.

In order to avoid this situation, an amendment, called the Uniform Partition of Heirs Property Act, was passed in New York in 2019.  This amendment is meant to combat the possibility of heirs being forced out of their homes through a partition action.  The new law applies in situations where at least one of the co-owners has inherited his property interest from a relative, and there is no written agreement governing partition among the owners.  The new protections include a mandatory settlement conference (similar to foreclosure actions), during which the Court orders an independent appraisal to determine the value of the property.  Most significantly, it allows any co-owner to exercise a right of first refusal to buy out the interest of the co-owner seeking partition for a proportional share of the court-determined fair market value.

The purpose to this reform is to prevent co-owners of small shares of property from demanding exorbitant sums from the other co-owners who wish to retain the property, usually for their own personal use.  Under the revised law, this is not possible, as the co-owner can be “bought out” for fair market value, pursuant to the Court-ordered appraisal.

Our firm has extensive experience litigating partition actions, and will use its expertise in the new law to protect the interests of all co-owners.