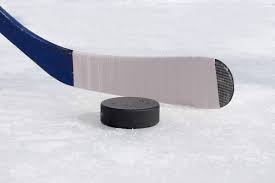 It is not uncommon for children from a prior marriage to have a legal dispute with a surviving spouse concerning a Will.  The New York Post recently reported that the children of deceased hockey legend Rod Gilbert have sued his surviving widow concerning the disposition of his estate.  Hockey Hall of Famer Gilbert was a beloved Rangers player, known as “Mr. Ranger,” and was the all-time leader in goals and points for the blue shirts.  He accumulated a significant collection of memorabilia and enjoyed material wealth.  He married his second wife thirty years before his death.

The children from his first marriage have alleged that the stepmother pressured Gilbert to change his Will on his deathbed to eliminate them from receiving the collectibles and substantial cash.  There has been a claim that, during his lifetime, Gilbert promised to leave his children particular assets and that the documents prepared in his final days did not reflect promises made.  Suspiciously, the Gilbert home was sold less than two weeks before his death and the proceeds were then “not available” to pay monetary bequests to the children.

The stepmother in this case presented a letter allegedly signed by Gilbert that reversed the prior bequests of memorabilia to the children and instead gave them to his wife.  It should be noted that a letter is usually not valid to change the terms of a properly executed Will.  In order for a Will to be legally valid in New York State, it needs to comply with the Statute of Wills.  In addition, any amendment or revision to a Will needs to be accomplished by a Codicil that also needs to comply with the Statute of Wills in order to be legally valid.  A less formal “letter” is highly unlikely to comply with the requirements of a Codicil in order to amend the Will terms.

Under the law, the Court will ask the following questions to determine the possible validity of the deathbed letter: whether there were at least two witnesses in the room when Gilbert signed the letter, did the witnesses also sign the letter, whether Gilbert identified the letter as a Codicil to his Will, whether Gilbert could read, write and converse in the English language at the time, whether Gilbert was of sound mind, memory and understanding, that Gilbert was not suffering from defects in sight, hearing or speech or physical or mental impairment and that Gilbert did not seem to be under any restraint or incompetent when he signed the document.  Witnesses need to sign the subject document simultaneously and in the same room with the testator.  Having an experienced attorney prepare and supervise the execution of a Will and Codicil is a good safeguard against a claim that such documents were not properly executed.

Gilbert’s children most likely filed formal objections to both the Will and letter.  Being unhappy with one’s disposition in a Will is not sufficient grounds to challenge the document.  New York State allows particular claims.  Undue execution involves a claim that the Will was not signed in accordance with the Statute of Wills.  If the testator is mentally or physically incapacitated, there would be a strong claim to invalidate a Will or Codicil.  Perhaps the document was induced by fraud or undue influence.  Undue influence cases hinge on whether such undue influence was present when the document was signed, whether the desire of the testator was overcome, and whether the document did not contain terms actually desired by the testator.

We have extensive experience in drafting and supervising the execution of estate documents that are likely to withstand legal challenge.