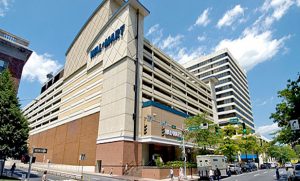 Recent news in Westchester County is that the Wal-Mart store in downtown White Plains is scheduled to close on August 10 of this year.  Our blog  has recently explored the legal issues relating to a store closing for good, especially where there is an existing lease.

An interesting point regarding the Wal-Mart closing is that it is been suggested that the store be replaced with a residential building or be converted as exists into apartments.  Many area residents who decide to move out of New York City are seeking homes in Westchester County.  However, Westchester has a limited housing stock, and many of the current homes in Westchester date from the immediate post-war period, or are even older, and the lack the amenities many new home buyers are seeking.

In addition, the economics of supply and demand mean that due to the low current supply of housing stock in Westchester, housing prices are quite high and will likely continue to rise over time.  Since demand is unlikely to decease, the only way to lower prices would be to increase the supply of housing.  Other areas in the United States are experiencing similar housing shortages.  Further, recent changes to the federal income tax laws concerning limits on the deduction of real estate taxes have affected the real estate market.

END_OF_DOCUMENT_TOKEN_TO_BE_REPLACED 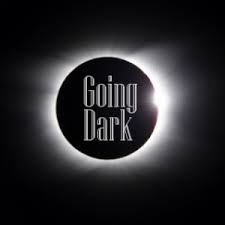 News outlets recently reported on the demise of retailer Toys R Us in bankruptcy.  Initially, it was thought that the famous chain toy store would continue operations under its bankruptcy plan.  Then, those in charge of the company found that it was necessary to close all locations.  Such a decision has profound ramifications on the commercial property and leasing market throughout the United States.  This post will address the legal issues raised by the closure of Toys R Us locations.

Most likely, the locations occupied by the stores were not owned by Toys R Us, but were leased under long term leases. Commercial leases typically are long term arrangements, for about ten years with potential options to renew.  Of course, during such leases, the economy or style of doing business may change, leading to a lease arrangement that is no longer viable or sensible for the tenant.  For instance, with the rise of online shopping in recent years, the need for tenants to have large locations in relative proximity to one another no longer makes sense.  It may become necessary for the tenant to renegotiate a lease when times change and the business model along with it.   Experienced counsel should be involved in any such lease renegotiation for a modification or amendment as the case may be.  In exchange for an amendment or modification, the landlord may ask for concessions from the tenant.

In considering Toys R Us in the area served by our firm , one may be familiar with a location on Central Avenue that was built specifically for the store.  The owner of the property may have issues with the store abandoning the property, as it may be suited only to this tenant.  The landlord may need to become creative in considering the future use of the space, as did the owner of Lord & Taylor’s flagship location.